The Honor 10 had many aspirations affiliated towards it before the phone was launched. The phone amazed the users by its same fast speed and catch colors as its cousin phone, the Huawei P20 Pro, at half the price. 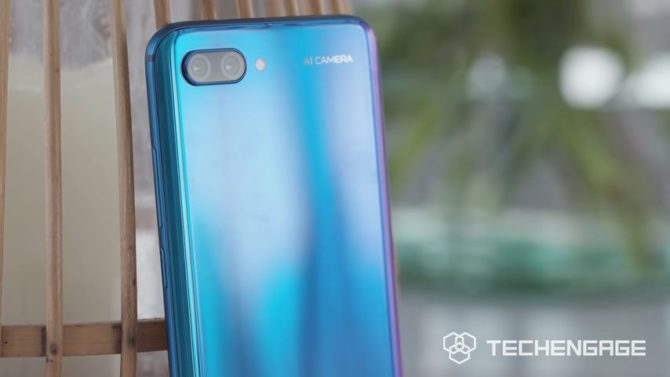 The phone was launched in China on April 27 and is available to buy now. The Honor, Huawei’s sub-brand, conceived in early 2011 and the company has helped Huawei greatly in competing for the budget in China.

The company expanded internationally in 2014. Before the Honor 10, Honor 8 was an exceptional flagship launched by the company in 2016 which hit great profits.

Display and Design of the Honor 10 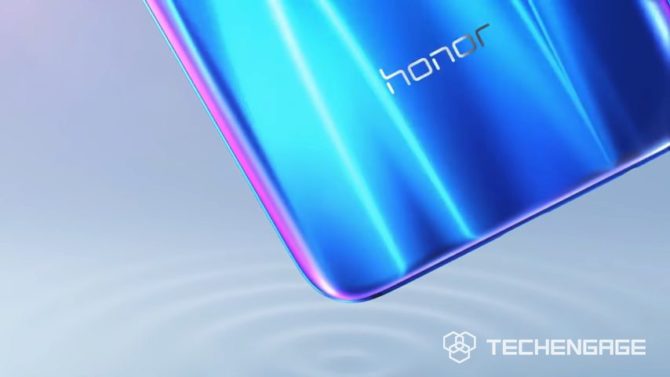 The color combination can be a treat for those who are bored rigid to use black and grey smartphones. The cut-out notch doesn’t look bad due to being finely placed and houses speaker and the front-facing cameras. You have the option to make the notch look like a status bar if you are among notch-phobics.

It has stunning iridescence at the back with a diagonal display size of 5.84 inches and a 19:9 aspect ratio. The Honor meets the international flagship standards and has a beautiful outlook on the vibrant colors it comes in. The Honor doesn’t go for OLED but cuts the cost by opting for LCD. The screen resolution is as high as 432ppi which is gratifyingly dense.

The bright resolution ensures that text is readable even under the dim lights. The phone has excellent ergonomics with a fingerprint sensor below the display. The sensor is modelled in the chin at the bottom.

The phone has bezels and gives a seamless look because there’s no depression even for the home button. Some may find it as a downside and may miss on placing the thumb on the right spot but one’s the phone is in use, the issue is ought to go as the scanner itself is lightning fast.

You need to press a little more as opposed to other phones but some people may actually like this kind of sensors to prevent accidental unlocking. 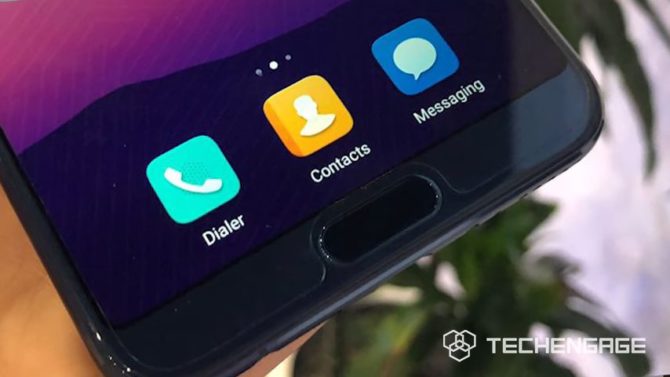 A Word on the Camera Quality

The key attraction of the phone is its phantom blue rear case with a small camera bump. The Honor has been very particular in producing the desired design for the back of the Honor 10.

The company claims that they discarded one in five of these glass backs owing to the trouble of getting anticipated results. Unlike the P20 Pro, the phone catches light in 10 strips that are vertical and similar to the P20 Pro, the Honor 10 has the glamour and sleek structure that all phone companies look forward to having but end up falling short at times. 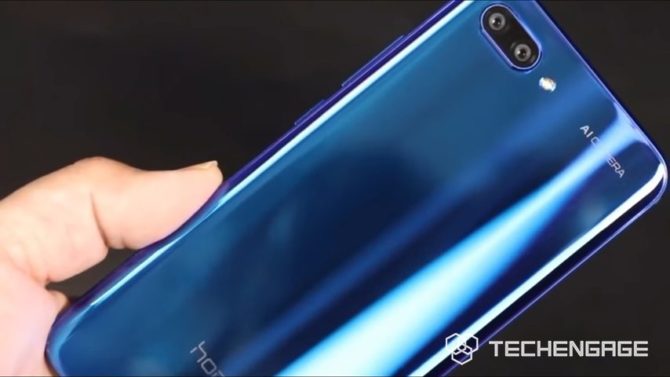 The phone has two camera lenses at the back with one being a 24-megapixels monochrome sensor and the other being 16-megapixels color sensor. Both lenses have the f/1.8 aperture. The phone uses Artificial intelligence for the detection of the scene being photographed and tweaking it.

Sometimes, the tweaks can have unnatural saturation but this can be avoided by turning off AI mode. The object recognition is of course way much better in P20 and you shouldn’t expect exact same imaging performance. The Honor 10 isn’t exactly cutting the corners in the camera quality but there’s an inconsistency in the contrast which sometimes is good and the other times it misses hits and shots by staying flat. This inconsistency can be frustrating for camera lovers.

What else does the phone houses? 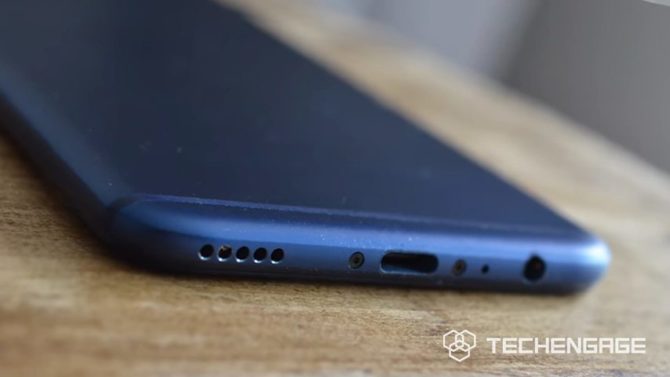 The Honor has done a great job by bringing a phone with colors but without a high price. The phone is priced at $540 and £399. This price is half the price of the Huawei’s flagship. The price targeting has been done keeping upper midrange of the market in view. A 64 GB variant is also available if you can live with it and the phone is available on sale across Europe.

Overall the Honor 10 looks great and has plenty of power for its reasonable asking price. The camera can be a question for some so they can wait for the OnePlus6 flagship to be out in the stores and try that. The Honor 10 justifies the price and with half of the features being equivalent to the P20 Pro, the phone is not at all a bad idea to switch to!