Not so long ago, Snapchat had this unique feature of sending a message that disappears from the chat after viewing once. The app also featured stories that remained available for just 24 hours and disappeared after that. These features are no longer unique to Snapchat; the competition has copied them by now, especially the rival Meta group of apps, including Facebook, WhatsApp, and Instagram.

The disappearing messages are now a proper feature that can be enabled from within WhatsApp. You can also send disappearing photos and videos in WhatsApp, but this one applies to messages in general. After a period of 7 days, the messages will automatically vanish.

This feature isn’t necessarily helpful if you want to remove the message right after the recipient reads or views it since the media or text message will remain for 7 days. For this, WhatsApp also has View Once feature, which only allows you to send photos and videos that can vanish right after opening once by the recipient. You can read a detailed guide to send disappearing photos and videos on WhatsApp here. 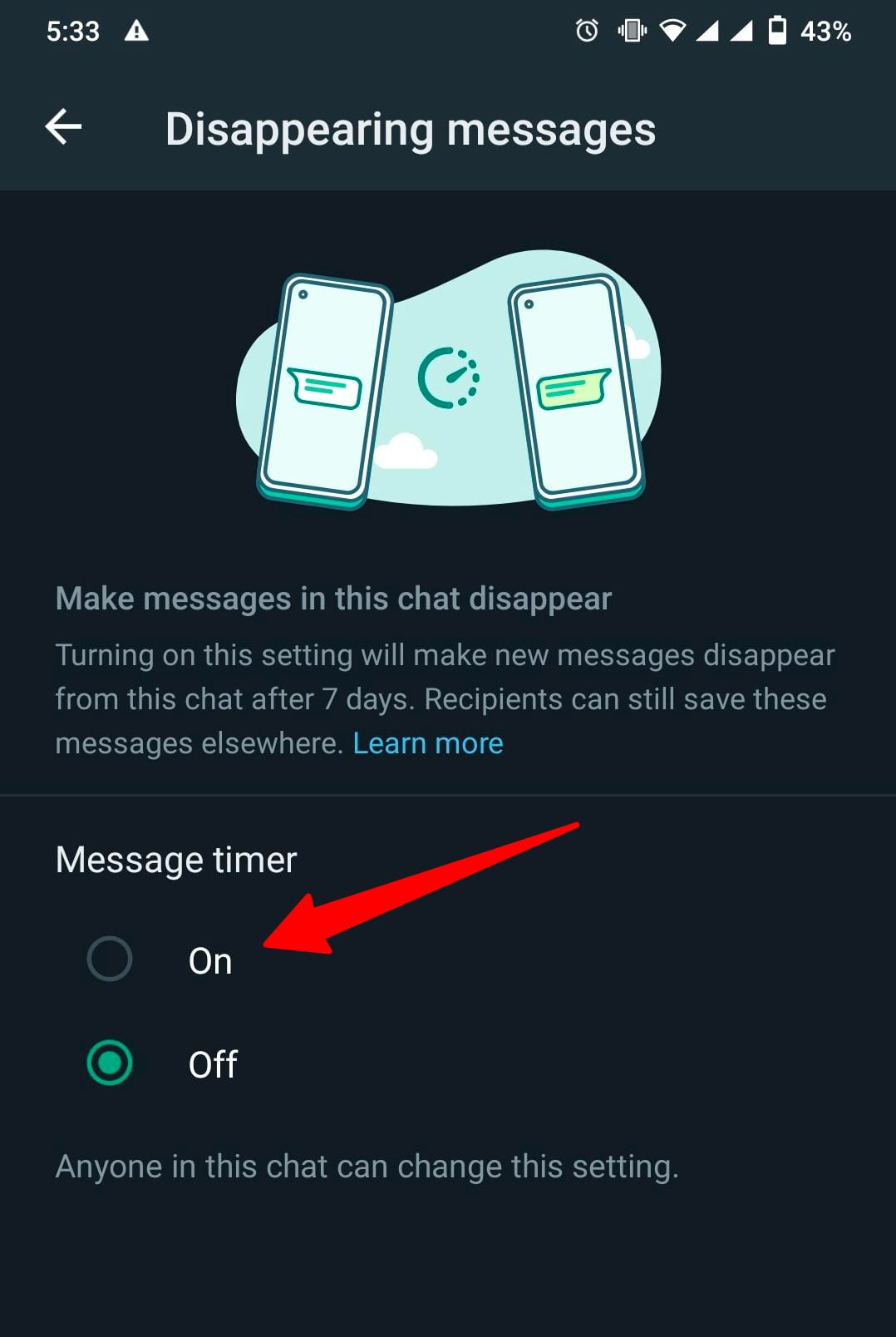 After enabling, you will see a notice within chat like this: 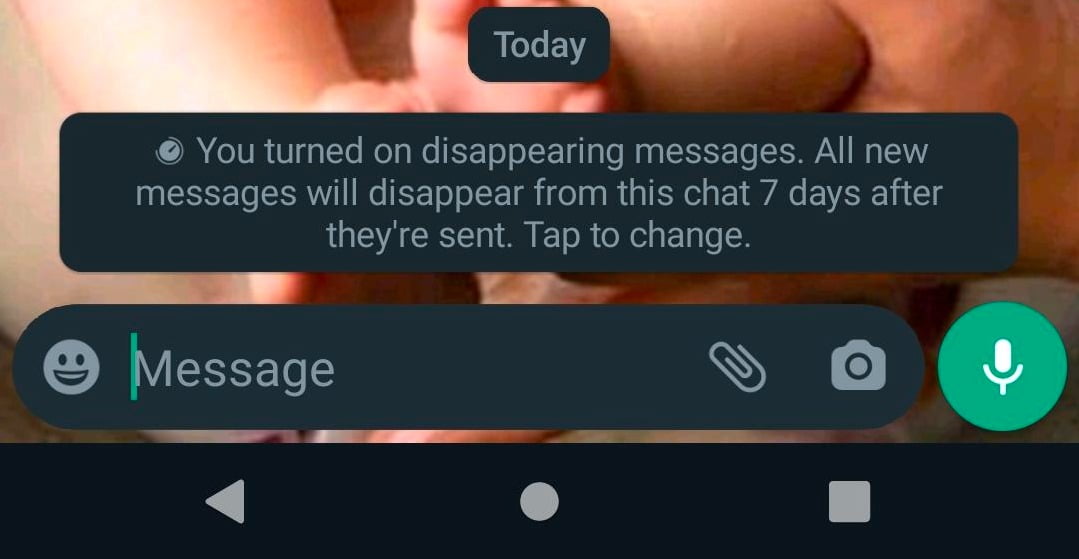 Remember, the photos, videos, text messages will only vanish after a week of sending them. After enabling the feature, the recipient will also receive a pop-up message saying that the sender has enabled this feature and that after seven days, media files, including messages, will be removed. You will also see disappearing messages icon on the profile picture and a message within the chat.