WhatsApp now finally has a feature that people have been waiting for quite some time. Users can now send disappearing photos and videos that can be viewed only once after opening.

On your phone, open a WhatsApp chat and follow the steps given below to send disappearing photos or videos on WhatsApp:

Here is how to send disappearing photos and videos in WhatsApp:

A card will appear with Document, Camera, Gallery, and other options. Click Camera or Gallery to select any photo or video from your gallery. 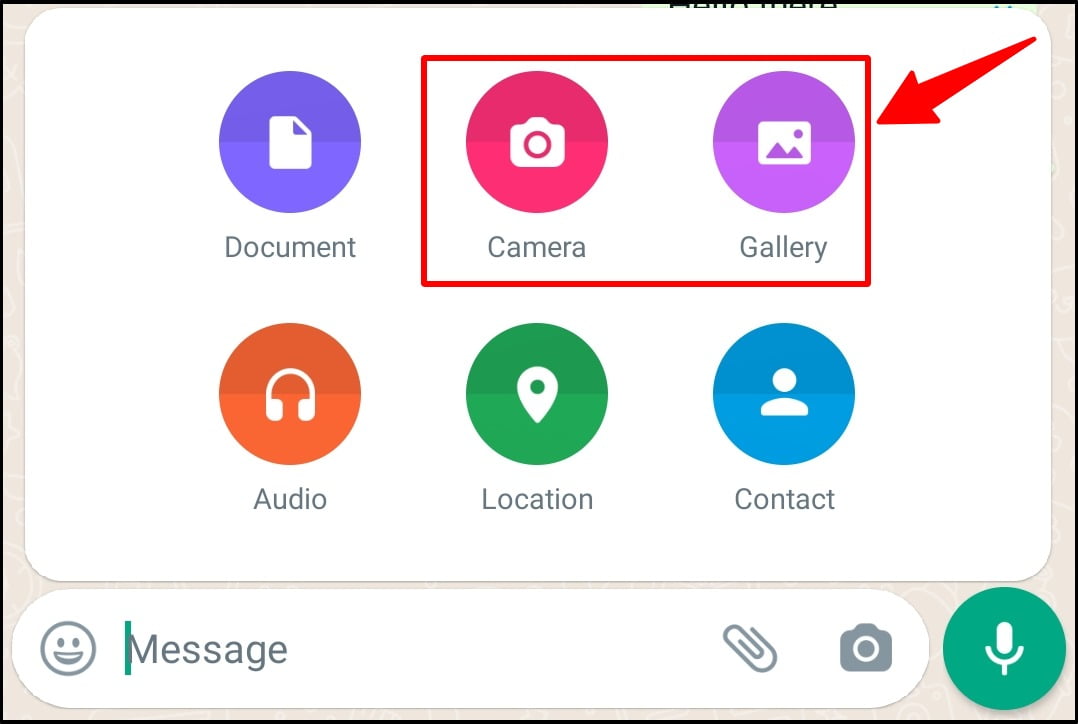 After selecting a media file, the “1” icon will appear. Click the “1” icon to enable disappearing photo/video mode in WhatsApp. 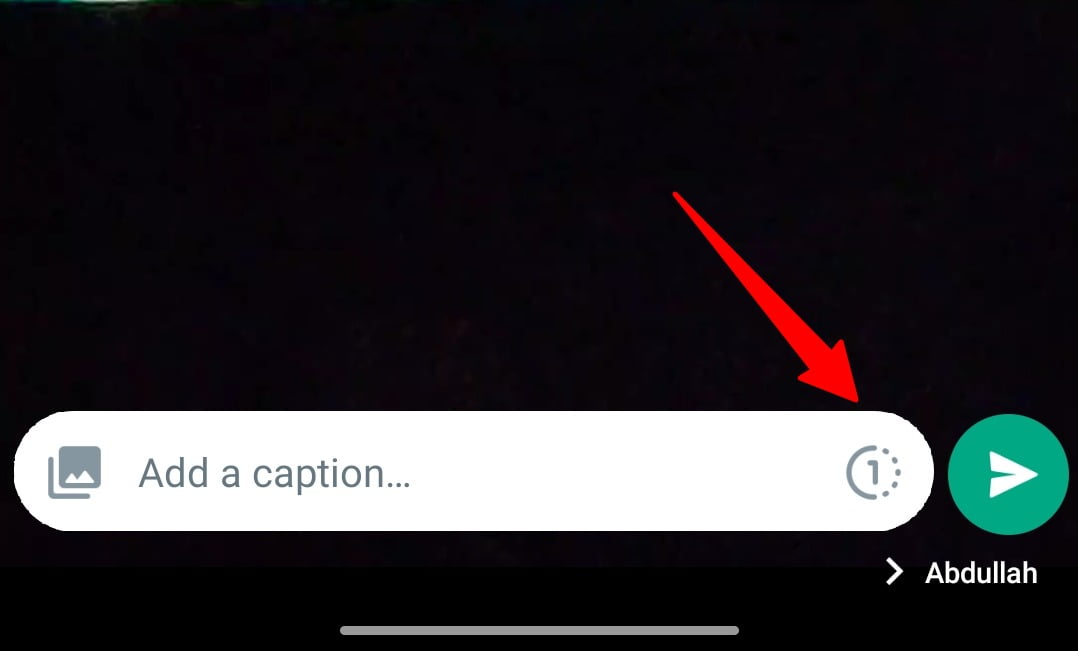 Ignore this pop-up by pressing Ok 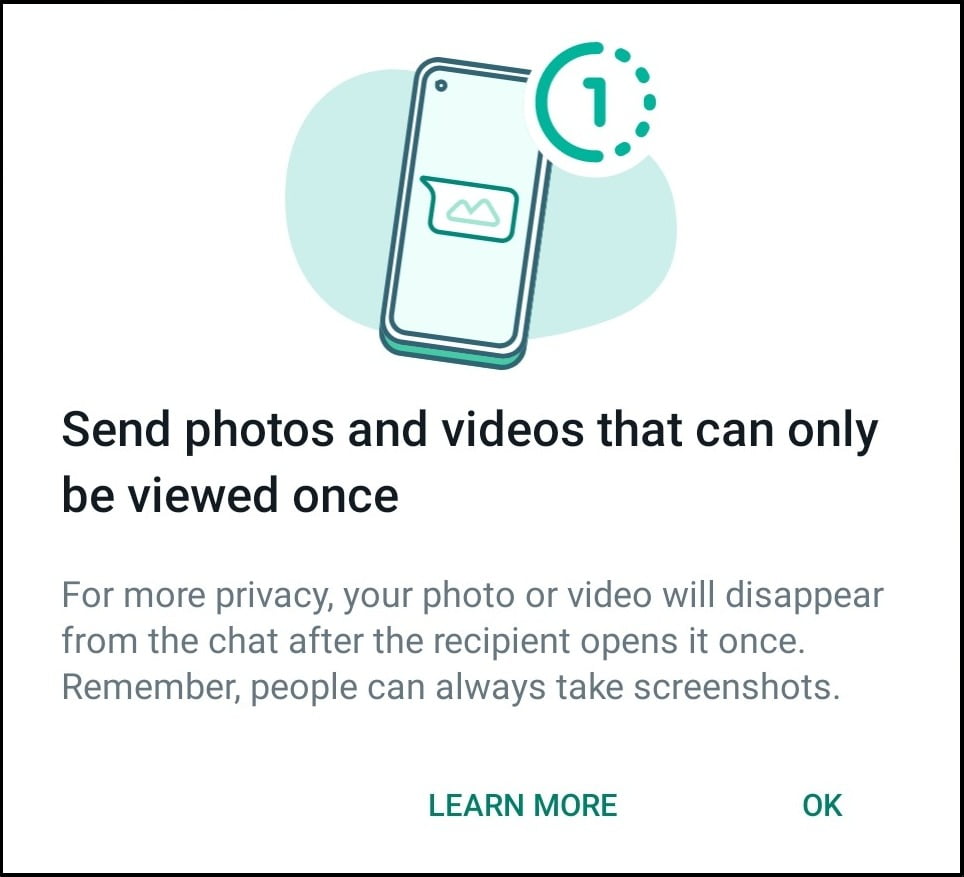 After sending the image, you’ll see that it shows 1 icon in the chat, meaning the viewer will only be able to watch it once. 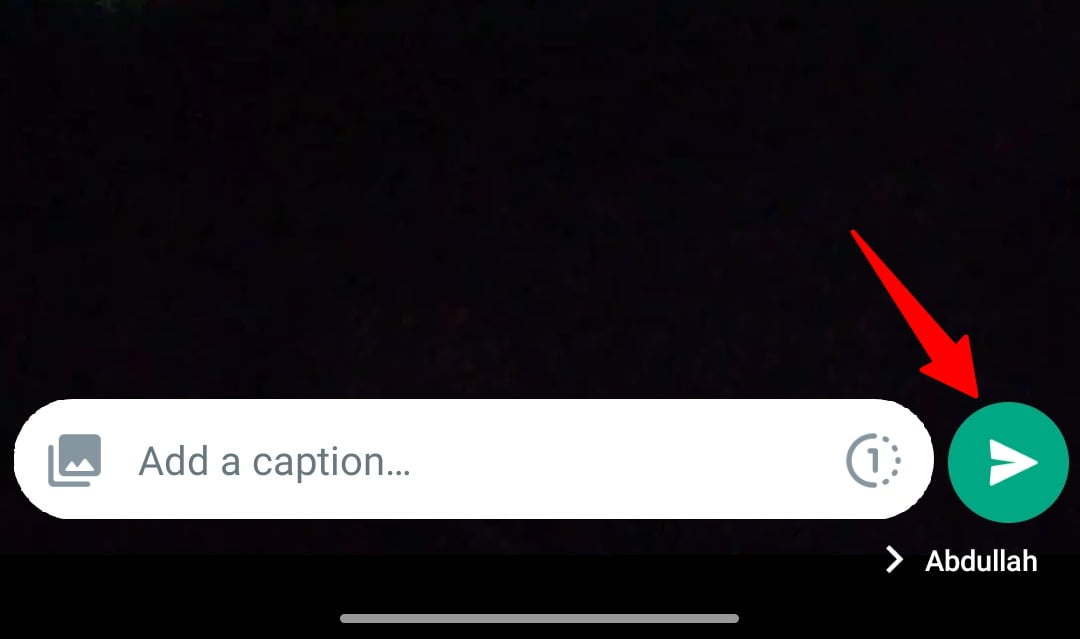 The steps are similar for iPhone users as well. Here is how the sent message looks like:

Remember that this feature won’t stop others from taking screenshots of the photo or video that you’re sending. They can even record the videos using the screen recording feature built-in many phones or available through third-party apps.

According to WhatsApp, the encrypted messages also remain on the server for a few weeks on their servers. So in case, someone reports the chat or that particular photo or video, the company will still have access to the files and CAN view them if needed.

The View Once feature can also be included in the backups. So, for example, if the image or video hasn’t been opened, and the person who’s at the receiving end creates a backup before opening the file, a backup of that particular image or video will be stored and can be restored too.