Google revealed its list of search trends in 2018. It was a mixed bag. Searches varied from being dark and disturbing to cheery and gleeful. Hence 2018 was an eventful year overall. The trends varied from searches about the death of some brilliant people to some really spectacular events.

Let’s get the dark news out of the way first. As I mentioned earlier, we lost many brilliant and intelligent figures in 2018. People from the US searched the deaths of famous people that we lost this year. These included chef Anthony Bourdain, rapper Mac Miller, DJ Avicii, scientist Stephen Hawking,  actress Kate Spade, and Marvel’s creator Stan Lee.

Recently-deceased “celebrities” took more than fifty percent of the list of top-searched phrases.

There was a lot of good to come out of this year. This included the Fifa World Cup, so searches for match results were also high. Another big event was Meghan Markle and Prince Harry’s wedding ceremony, which attracted a lot of attention all over the world.

Simon Rogers, the data editor for Google‘s News Lab, mentioned the data also show how users searched for ways to do good, across the globe. The question “How to vote” was the most-searched in the US, due to the mid-term elections. The question “how to be a good role model” was quite frequently searched as well.

Then there was the number one “who” asked a question in the US, “who won Mega Millions.” Mega Millions is a lottery which reaches close to $1.6 billion this year. It isn’t revealed who the lottery winner was. The second most asked “who” question was “who dies in Infinity War.”

Marvel’s Infinity War was the biggest overall hit of the franchise. The movie brought in 2 billion for the studio. It was a hit among both fans and critics. A big plot of the film revolved in half of the Avengers getting killed off by movie’s supervillain Thanos.

People probably searched this phrase to give spoilers to their friends. So it was a rollercoaster of a year for Marvel. The franchise’s beloved creator Stan Lee died just a month back. But it was also the biggest year for the studio regarding revenue earned by their movies Avengers: Infinity War, Black Panther and Deadpool 2.

The number one “what” asked question was, “what is bitcoin?” Bitcoins were a big deal in 2018. Almost everyone from your neighbor’s kid to your grandma was trading in Bitcoins or at least fascinated by the topic.

So it is no surprise so many people in the US asked this question from our wise companion Google. Fortnite was without a surprise the most searched game. Epic Games’ massive hit was all the rage in 2018.

People were searching dance moves from the game, funny compilations, and even going so far as to search Fortnite cosplay and costumes.

So, how many of these things did you search for? Do let us know in the comments section below! 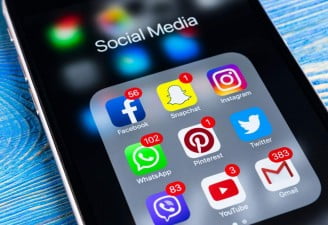