Wearables are getting quite interesting over time. Although the development is slow in this niche of technology, time has proved that smartwatches and smart fitness bands have been improved drastically, not just in terms of hardware specifications but also in software and pricing. Xiaomi Mi Band series is one of them. It hasn’t been a year since the last one was released, and a new one is out. Mi Band 5 launched back in June 2020, and now, Xiaomi has launched Mi Band 6 with quite some improvements. 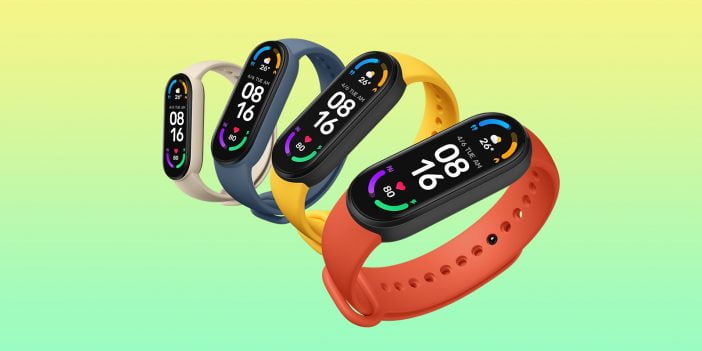 Mi Band 5 had a smaller display as compared to the latest Mi Band 6. In Mi Band 5, Xiaomi used a screen of 1.1-inches along with a touch button on the bottom. However, the company has removed the button to make room for more display. Now, Mi Band 6 comes with a 50% larger 1.56-inch AMOLED panel. The new display also comes with 326PPI and double resolution of 126 x 294px from 52 x 486px.

Along with a larger display, users also get tempered glass, anti-fingerprint coating for added protection. The larger display of Mi Band 6 lets users see more content on the screen than before. In previous Bands, you could only see one app at a time, and now you will see two apps with each scroll.

There’s a new SpO2 feature that lets you measure oxygen in the blood. Besides, Xiaomi also added a new measure of breathing quality and better sleep tracking. You can also stand up to 50 meters in depth for 10 minutes in water.

Workout modes have been increased to up to 30 in Mi Band 6, along with features like female cycle tracking and PAI. The Personal Activity Intelligence (PAI) feature measures your heart rate and daily activity and gives results out of 100.

Speaking of the battery, as there are many modes and features in the new Mi Band 6, it comes with 14 days of battery life on a single charge, almost similar to the predecessor. As Mi introduced a new magnetic charger with Mi Band 5, the new Mi Band 6 also gets the same charger. It is firm in grip and holds better than previous ones. 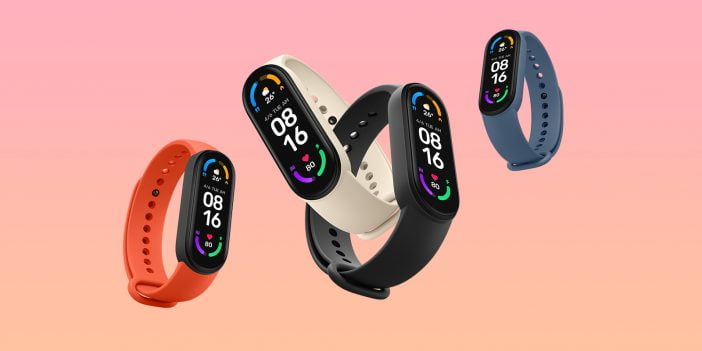 Mi Band 6 is available in black, yellow, olive, orange, ivory color strap options. These are rubber band straps that can be replaced with little force, like Mi Band 4. Speaking of the price, Mi Band 6’s price at launch was set for the non-NFC variant is 229 Yuan, which means that the global price would be set around $50 more or less.