It seems like the death of newspapers has finally come upon us. For the first time in history, American adults have used social media rather than newspapers to get their news. This is According to a new report from Pew Research Center out today.

Meanwhile, newspapers saw a four percent drop from 2016 to 2018. The number of adults reading newspapers dropped to sixteen percent from twenty percent. Pew had asked participants if they got their news “often” from the various platforms. 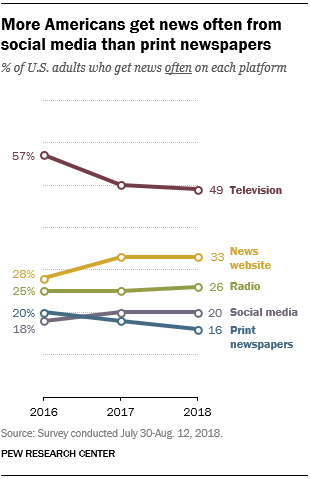 37 percent of adults get their news from local news channels, while 30 percent get cable TV news and 25 percent of the US adult population view national evening news shows. 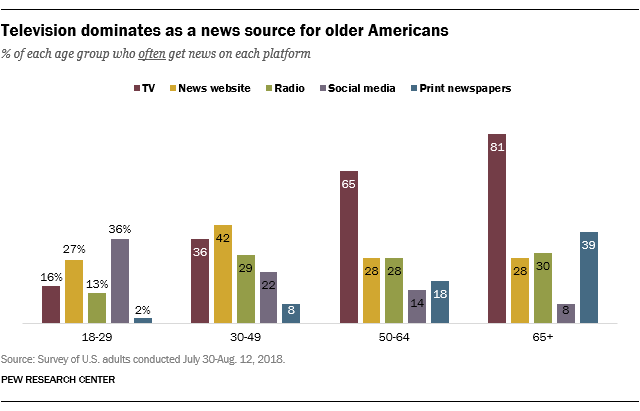 Social media has overtaken print media as the platform of choice, but other media like TV and radio is still ahead. One of the reasons is newspapers have been on a steady decline, regarding circulation. News organizations are instead shifting their focus onto digital media and increasing their online presence.

This was a long time coming to be honest, and the reasons are obvious. Very few people prefer newspapers because readers want their news in a quick and easy to digest format. Nobody has the time to read full newspapers which cover a variety of topics.

People these days have become really specific as to what topics pique their interest. And if one’s interest is shared by others, there is a high chance that there will be a website covering that specific topic. People have become extremely lazy as well.

Everyone reads the headline, without giving a second look at the article. This is why clickbait has become so common, especially on social media. Everyone cries fake news when an article disagrees with their political beliefs, yet do not question its legitimacy.

Even though fake news is a real issue and is prominent on social media, getting one’s news via this medium appeals to many especially millennials. If we combine social media and news websites, 43 percent of U.S. adults get their news from the web in some way, compared to 49 percent from TV.

One has to be on the constant lookout of fake articles. We must check the authenticity of the news we read. We must all do our research, and not rely on a single website, news channel or author.