If you’re a 90s kids you must surely remember the Moto Razr phone. It was a sleek, sexy, and unforgettable phone released by Motorola in 2004. To say the phone was ahead of its time would be an understatement. Now there’s good news for anyone who great up with this classic – we might get to see a glimpse of a re-released version of the phone as early as February.

But before we get too excited, let’s talk about the price. The “updated” Moto Razr is rumored to cost a whopping $1500, as reported by the Wall Street Journal. According to the report, Motorola’s parent company, Lenovo, is partnering with network provider Verizon to launch these devices in the US.

Motorola might reveal the phones this February, but an official release can be expected around April or May. It is similar to what Nokia is doing. Nokia, now under HMD Global, rereleased its massively classic 3310.

Motorola registered a patent last year that described a device that folded inwards very much like Samsung’s foldable phone, the Galaxy F.

Lenovo’s chief executive Yang Yuanquig also said that the entire Razr brand might make a comeback. Interestingly, this is not the first time Motorola is reinventing the Razr brand. In 2011, it released the Droid Razr with Verizon.

Moto Razr was launched back in 2004 and was an instant success for the company. The V3 was the first phone released in the series. It was marketed as a fashion-forward phone because of its sleek edges and modern looks.

Over the Razr’s four-year run, the V3 model sold more than 130 million units, becoming the best-selling flip phone in history, a record that the Razr still proudly holds to this date. So it should come as no surprise that Motorola is bringing the flip back (along with a bit of slim and sexy).

This phone should appeal to hipsters and lovers of nostalgia. As I was too young and uncool to own a Razr back in the day, maybe I will get buy one now. Certainly, there will be others like me who always wanted to own a Razr, but were too young or couldn’t afford one back then.

Now Motorola is looking to bring a piece of nostalgia back from the dead as Nokia did with the 3310, but they are taking a big risk with the pricing.

The revamped 3310 goes for $49 on Amazon, so no one would think twice about buying it. A spare phone can always come in handy. But Motorola is reportedly going to sell the new Razr for $1500, which is way too expensive honestly.

Motorola will need to back its phone with a lot of value. Apple and Samsung are selling their flagship smartphones in the $1000 price range. To introduce a device to the market that is 50 percent more expensive than what Samsung and Apple are providing is a bold move.

Motorola better put some top of the line specs and cameras in the Razr, in order to survive; otherwise, this nostalgia trip will be too expensive for users to go on. 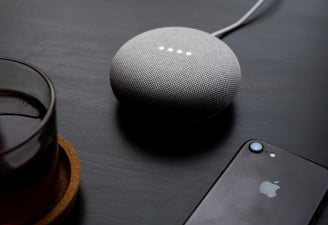