Google announced today that its Daydream VR will now be able to support all Android apps. Users can now view the apps on their Android phones in a 3-dimensional virtual reality space.
This will allow Google to extend their apps cross-platform ability and also enhance the usability of their Virtual Reality devices.

The standard 2D Android games, web browsers, photo apps, social media apps and productivity tools, all will function the same way before, except now they will appear on a larger virtual medium.

The user will see the apps as they float in front of their eyes. These apps will be controllable through standard Daydream pointing peripherals. So this will make the Daydream developers’ lives easier as they won’t have to engineer a user interface from scratch.
Google’s work on Daydream’s standalone device Mirage solo is continuing at a rapid pace. The team is coming up with out of the box ideas to improve the user experience.
New APIs will allow the user to interact within their 3D virtual space more freely. Users will be able to move their arms along a design known as 6 degrees of freedom.
There is, however, one shortcoming in this plan. Mirage solo doesn’t have the hardware capability to support this design.
To overcome this flaw, Google is using machine learning and cheaper hardware parts to “guesstimate” the controller’s position. This will reduce the manufacturing costs of 6D of parts and broaden its appeal.
This way more users will be able to afford this equipment and be able to use their Android apps in a 3D virtual reality space.
Google is also offering programmers with a developer’s kit with experimental 6DoF controllers that use a unique optical tracking system.
This will allow them to mess around with the hardware so as to optimize and enhance Mirage Solo’s new feature. The bundle will also include a faceplate and two controllers.

As part of the announcement, Google is also releasing a see-through mode (yep its exactly how it sounds). This mode will allow users to view the real world while they still have their VR headset on.
Google claims that their see-through mode is accurate and reflexive enough to track motion while playing a game of ping pong.

See-through Mode will be good for Augmented Reality

The unique amalgamation of Mirage Solo’s tracking technology and see-through mode will open a realm of possibilities for developers.
Most notably it will open doors for Augmented Reality (AR). As AR depends on good tracking algorithms and “pasting” virtual objects into the real-world scenery, this seems like a match made in heaven.
A good real-world example of this will be architects moving their building models around in let’s say a busy neighborhood in New York City.
As with the other features announced today, the see-through mode is still in testing phase.
Google did, however, showcase a preview of what the see-through mode can do. 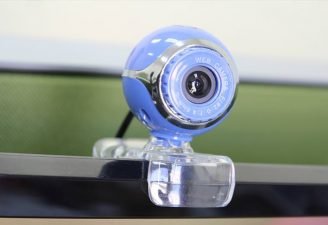