Samsung’s latest phone S9 and S9 Plus have been ranked at the top of 2018’s flagship phones. It is now focusing on launching a long foldable phone called the Galaxy X. On the other hand side Xiaomi, a Chinese company has launched its fastest gaming phone called The Black Shark.  Rumour has it that Samsung will be releasing Galaxy X in 2019. However, it is to be noted that a very small scale would have the manufacturing parts and that it would be a limited run-device.

History of “A Bendable Phone”

There had been several hyperbolic conversations for some years but the discussions about a foldable phone came to a halt until mid-2015. Around that time, a news circled from the rumour mill that an upcoming phone that is launching soon will be the first ever foldable phone and it was codenamed as “Project Valley.” The phone was said to be in the early development at that time and apparently rumoured to have two screens but little development followed up the news. However, in September an insider broke the news that a bendable phone will show up in January 2016 but, of course, it didn’t arrive.
The idea of a foldable phone isn’t new because Samsung, back in 2011, demonstrated a prototype as to how will a foldable phone look like. Several tests and experiments were carried out and the device sounded awkward to the manufacturers of that time. It was folded back and forth several times and lost 6% of its brightness along the axis where the folding action was happening. The company took this as a challenge and later that year, the company released a concept video that showed a completely transparent device that was fully foldable. After being in making for 7 years, now we know that the technology is coming on the show as a flawless masterpiece.

The company claims that it would be a device worth waiting for with three OLED panels 3.5 inches each, with two on the inside that’ll make a 7-inch display when unfolded and one on the outside. It will probably be the next greatest flagship to be launched by Samsung. Although over the past few years foldable technology has never been taken seriously as so far none of them has made it to the market. In 2017 Samsung missed its release even though it always seemed the closest but now they are surely prepping up for their production.

A device different from others

What will make Galaxy X different from other foldable devices is that Samsung is spending extra time and effort on the users’ experience and interface rather than how it looks. This focus on its details will make it apart from rival models of other companies that pay more attention to the device’s hardware.

It is also reported that the screen could be folded inwards as well as outwards but Samsung chose a device that would be ‘infolding’ due to the long-lasting issues. It would be better to have an internal folding screen than to have an outer display which would have a longer time span.
We are still fingers-crossed as to what Samsung is cooking for us. The whole idea is seemingly taking a solid shape but we still don’t know if the upcoming Galaxy X will be meeting our expectations. Has Samsung gotten rid of that 6% loss of brightness that occurred while the benchmarks 7 years back? Is the company successful in bring life to the so-called “Project Valley?”
We can wait for the answer as long as Samsung keeps updating us with the official leaks of our first ever foldable Galaxy! 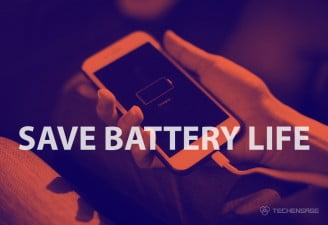