Samsung’s latest flagship, the four-month-old Galaxy S9, is shining in the sky of best tech gadgets so far. The new flagship is paving its way in the newest of colours, ‘Sunrise Gold’, which will be available in the US on June 24. The fresh hue will be joining the league of four existing colours: Lilac Purple, Burgundy Red, Coral Blue, Midnight Black and Titanium Gray. The Sunrise Gold is only new to the US because the model was already made available in UAE, some parts of Asia and Europe. Samsung says that the gold colour wraps the smartphone in a tranquil glow. The phone will have a satin finish to it along with the gold tinge. We still have to see how loved it is by the fans to meet the hyperbolic language that Samsung has used for its launch!
https://www.youtube.com/watch?v=jz6rRsuHUXQ

What’s the best place to buy S9 Sunrise Gold in the US?

For the US buyers, there are two places where you can buy the gold Samsung Galaxy S9 and S9 Plus. Best idea is to buy on June 24 when the sale starts.  The phones will be available with US carriers Verizon, AT&T and Sprint, along with the models of unlocked S9 and S9 Plus in gold. Samsung itself will be offering the unlocked version of its phone in the newest colour that can be ordered directly. That version can work with any carrier including T mobiles. 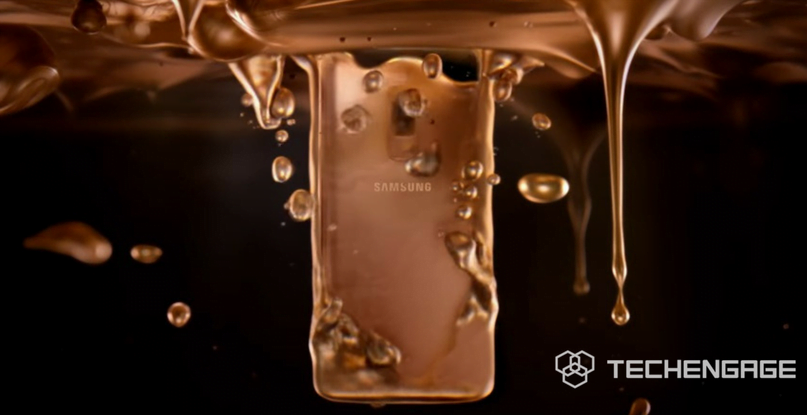 One can easily tell that most of the features have been borrowed from Samsung Galaxy S8 and some to Galaxy S7 but undeniably, it is a classy phone. The fingerprint sensor was a mess in S8 and this flaw has been fixed in S9. It is not next to the rear camera anymore but has been placed in the middle of the rear side of the phone to ensure comfortable unlocking. The CAMERA YES! We have been hearing a lot of hyperbolic conversations but all of those turned out to be true. S9 has everything that you would want in a camera. You can pop the objects out, you now have the feature of the dual camera, and you can blur the backgrounds as you wish. More to this, Samsung has added the feature of SLOW-MO for short and slow motion video clips. You can slow down a 0.2 seconds video to 6 seconds and capture the scene in your memory.
Still missing on the face recognition feature, Samsung has, however, added the feature of iris recognition that can act as an added security measure. The feature is not common to a lot of smartphones and in fact, at the time when S9 was launched, it was the only phone with that feature.
The functionality of S9 can be further judged by the Antutu benchmark tests that we carried out. Unsurprisingly, The Antutu benchmark score for the S9 is 265.000 which is quite a high score when it comes to smartphones.

The excellence of Samsung Galaxy S9 is unquestionable because of the exceptional camera, excellent build, and impressive software features but the impressive resemblance to S8 ends up annoying some. Things get slightly hard to justify but one should definitely go for S9 if one is looking for a strong and updated camera phone. You have the headphone jack back, thanks to Samsung, as you have an amazing feature called Dex pad. The S9 can turn into a cool desktop computer by plugging it into a docking station. You won’t need additional plug-in devices like mouse and keypad as the new docking station has it all! Storage is also a worthy feature because with 4 GB RAM, the phone will be operating on a fast processing speed and an added micro SD card can enhance its storage capacity to as much as 400 GB. This is massive so far!
This makes the choice easy, no?