Xiaomi just launched a new phone called the Mi Play. It is a midrange device with some pretty good specs for the price. This is Xiaomi’s debut device in the newly-launched Play series. It has a notch display, but it is different from the other notch displays already out there.

The phone will launch after two weeks of constant teasers and sneak peeks. The phones in the Play series will be cheaper compared to other Mi series smartphones. But they will also be less powerful.

Xiaomi Mi Play will cost ¥1099 in China, which is approximately $160. The phone will be available for purchase from 10 am on December 25th from its retail store.

Xiaomi has tried something different with this phone. The Chinese phone manufacturer has added a color gradient to the back of the device, on top of the glass finish. This gives the phone more depth and a touch of class, rarely seen in this price range.

Mi Play has an octa-core processor MediaTek Helio P35 SoC, with a dual camera setup. Xiaomi will give its Chinese customers some extra perks as well, such as 10GB of free data per month for 12 months. This is a huge bonus and should help attract more people’s attention — the data plan alone costs between ¥828 (approximately $120) and ¥1296 (approximately $188). So consumers who buy a one-year plan will be getting the device practically for free.

They say there is no such thing as a free lunch, yet Xiaomi is actively disputing this. Unfortunately, the data bundle is only available for customers within China.

Mi Play will come in three colors: Black, Dream Blue, and Twilight Gold. All three of these colors will sport a gradient effect on the back.

Xiaomi Play will have dual sim support, which is great news for people who own two numbers. It will run Android 8.1 Oreo. Xiaomi also has its own version of Android UI known as MIUI 10, which can be hit or a miss.

The phone has a pretty big 5.84-inch full-HD+ display with a 1080 x 2280 pixel resolution. The 19:9 aspect ratio helps keep the screen big but slim. This makes the phone easy to hold while making one-hand operation feel natural. 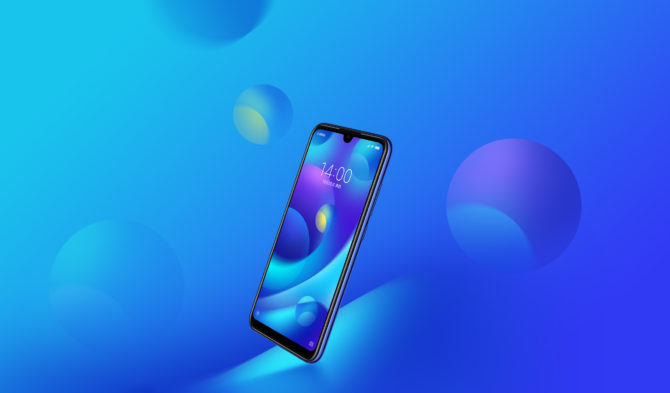 As far as performance goes, the Helios P35 with 4 Gigs of RAM should be good for most users. The processor can carry out medium load tasks pretty smoothly.

The Play is no slouch in the camera department either. The phone has a 12-megapixel primary sensor along with a f/2.2 aperture and a 2-megapixel secondary sensor. The selfie camera is an 8 MP camera that should be able to take decent photos. MI Play will have 64 GB of internal storage.  The storage can be increased, thanks to an SD card slot.

The phone comes with all the standard connectivity stuff such as Wi-Fi 802.11ac, Bluetooth v4.2, GPS/ A-GPS, and a USB Type-C port. The phone has a 3000 mAh battery that should do the job, but a phone with such a big screen size should have at least 3500 mAh, in our opinion.

Nonetheless, we are eagerly waiting to get our hands on this thing — just one more day.