Nokia has been the largest vendor of mobile phones in the world. The early smartphones by Nokia were based on the Symbian operating system. For more than 10 years, Nokia topped the list of mobile providers in the world. The Lumia series of Nokia entered the smartphone’s arena in the year 2011. The Lumia’s earliest models were embellished with Windows 7 and later were adorned with windows 8 as well as windows 8.1. The Nokia Lumia Series is as follows:

The first OS of this Smartphone was Windows 7.5 and the highest supported OS was windows 7.8. FM Radio and Nokia Maps were embedded in all these smartphones. The storage expansion was not even up to 16GB. 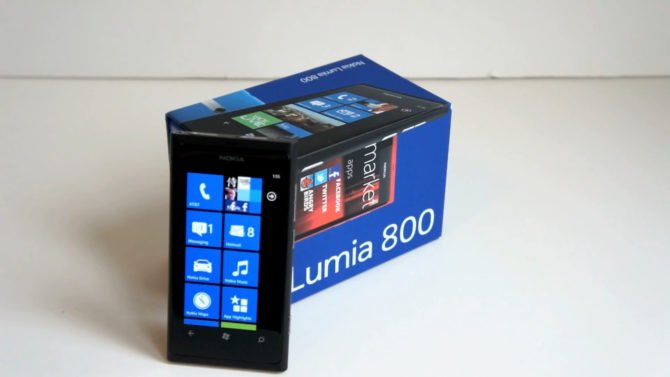 The first ever model of Lumia series by Nokia was Lumia 800 which hit the market in November 2011. GSM, HSDPA, and Wifi were available in Lumia 800. With AMOLED screen, Gorilla Glass, primary camera and 512 RAM in addition to Snapdragon S2 Sock, Lumia was a success in the market. Although no front camera added to its vicinity, Lumia 800 had a 16GB of internal memory and an 8MP primary camera with Dual-LED flash. 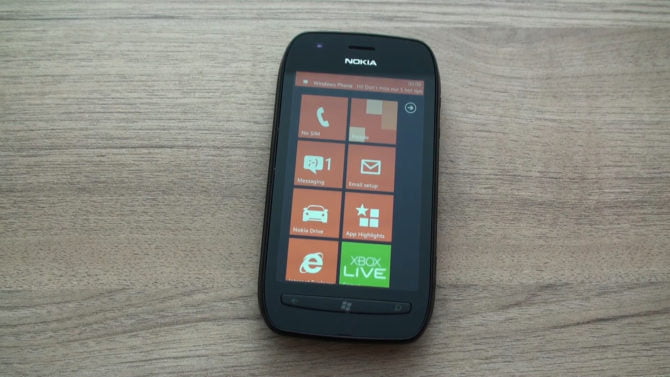 It was launched in January 2012. With a majority of specifications same as that of Lumia 800, it was much lighter in weight than its parent version. It had a scratch resistant glass with TFT LCD screen; it also had 8GB of internal memory and 512 MB RAM. The flashlight was not dual but it had a single LED flash with a 5MP primary camera. 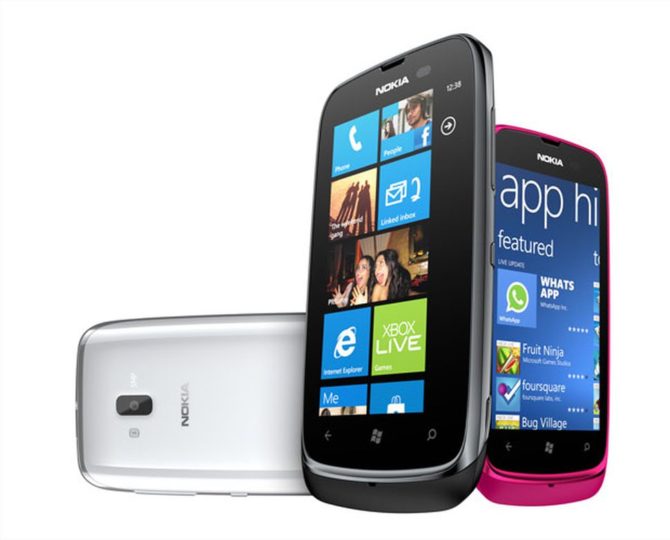 Launched with another Lumia device, Lumia 610 was similar to Lumia 710. With similar specifications as well as body weight and type, the Lumia 610 had one thing different from Lumia 710 and that was the RAM! It was much less, just 256 MB. The battery life improved a bit and reached 9.5 hours from 7.6 hours of Lumia 710. 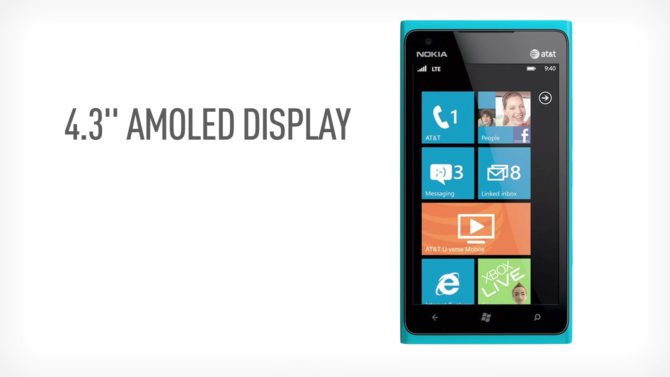 It was an amazing success with specifications better than other models. In April 2012, Lumia 900 came up with LTE network availability (only in the US). The size, as well as weight, increased to 128mm and 160g. Lumia 900 has similar camera and storage specifications as that of the Lumia 800. 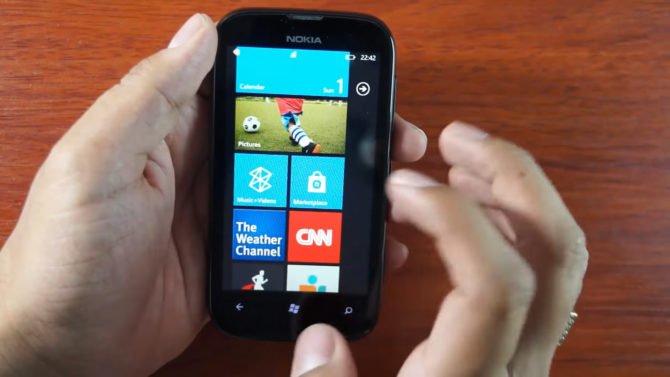 The last device of First Generation’s Windows phone in the Nokia Lumia series launched in September 2012, Lumia 510 was not different from its cousins. In fact, its specifications, similar to Lumia 610, had just 4GB of internal memory and 256 MB RAM.

From September 2012 to February 2014, Nokia launched its second Generation of smartphones in the Lumia series. All the phones launched in this period had One Drive cloud storage in addition to internal memory. 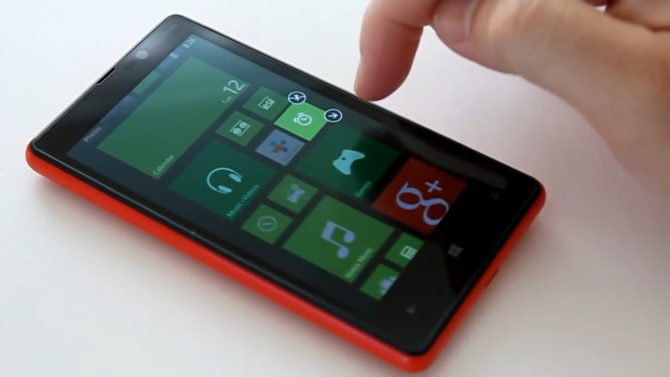 In the same month when the last First Generation Smartphone was launched, Lumia 820 came up with Windows 8. It had an AMOLED screen with a scratch resistant glass and a screen resolution of 480×800 pixels. With an internal memory of 8GB, it could have an external memory expandable up to 64GB; it ran on Windows 8 operating system which could be upgraded to 8.1 as well. With a battery life of about 8.1 hours talk time and 330 hours at standby, it had a Carl Zeiss camera of 8.7MP. The phone came up with 1GB of RAM, which was pretty good for a phone. This phone was a good deal with such great features at that time. 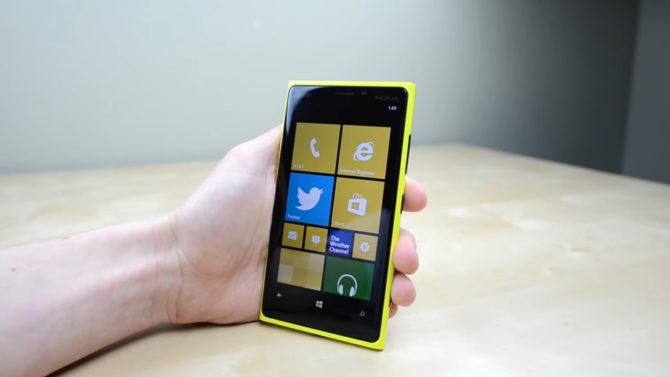 Launched in September 2012; Lumia 920 came up with an exciting feature of a gorilla glass screen (curved) with an IPS LCD display. However, it was a bit heavy with a weight of 185Gms. With a great battery life of about 10 hours (at talk time) and 400 hours of standby battery, it had a battery capacity of 1800mAh. It had a camera resolution of 8MP, same as its predecessor. And it had a short pulse high power LED flash along with it. It came up with a storage capacity of 16GB, which could be expanded through a microSD card. Latest Bluetooth support that this device offered was 4.0. With a 1.5 GHz dual-core CPU, you might have loved the speed of this device. 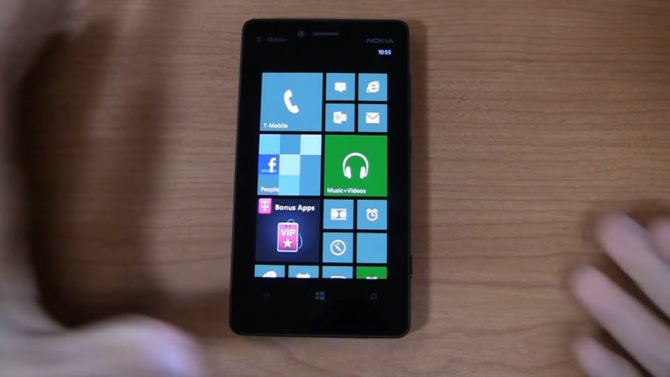 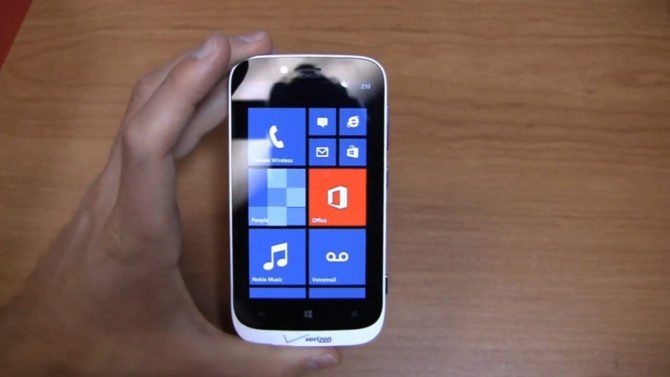 Introduced in October 2012; it weighed 142Gms with a display size of 4.3’ and a screen resolution of 800 X 480 pixels. This phone had a 1.5 GHz dual-core processor and an internal memory of 16GB (expandable up to 64GB). Battery life was vastly improved than its earlier version with a talk time of up to 10.1 hours. 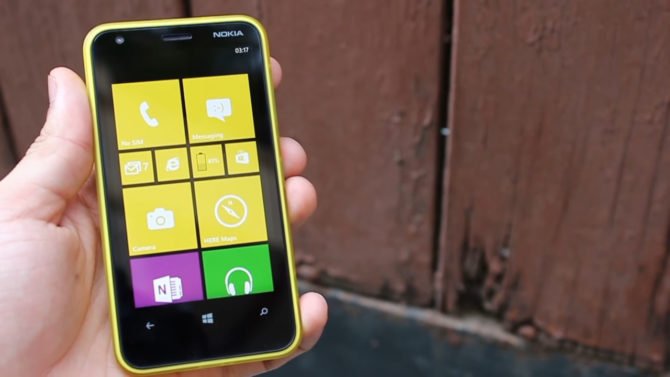 One of the most popular models of the Lumia series, this phone was very light weighed (127Gms).  It had a scratch resistant IPS LCD screen of 3.8”. A talk time battery of about 9.9 hours was far better than its competitors and had a 5MP camera (with LED flash).  The internal memory of 8GB could be expanded up to 64GB. 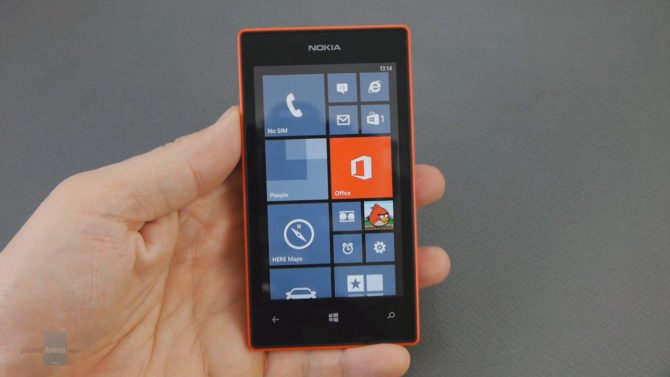 The most affordable and popular model of Lumia series came up with an IPS display built up of scratch resistant glass, 124gms weight, 9.6 hours of battery life, 5MP camera (sadly with no flash), 1GHz dual-core CPU and storage capacity same as that of its predecessor. 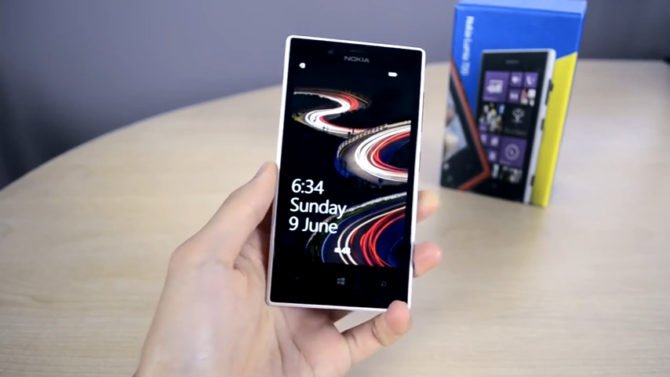 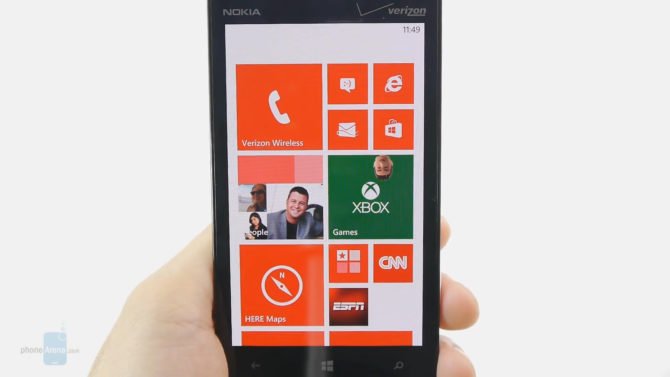 Weighed 162 grams, Lumia 928 had all features as that of its previous model apart from an improved battery life of 16.2 hours. 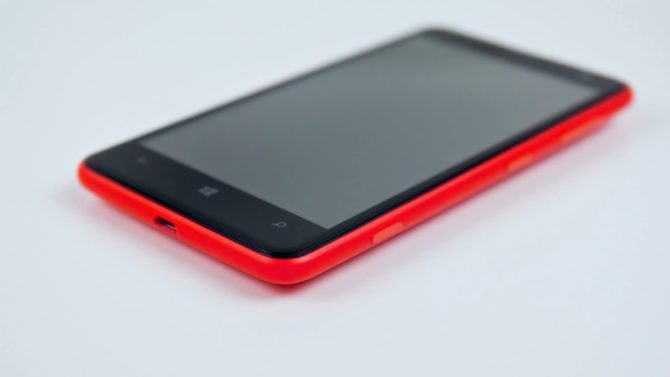 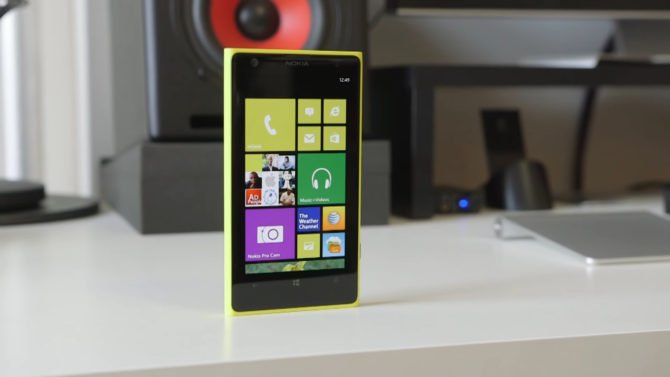 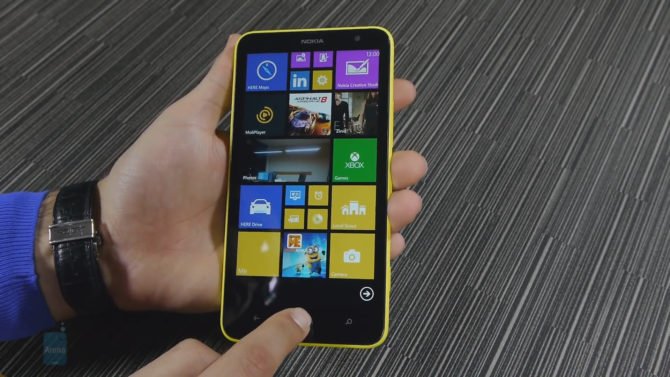 Launched in the same month, it had better features than its predecessor with an improved battery life of up to 27.4 hours, screen resolution of 1080 X 1920 and a camera of 20MP, 2GB RAM, and 2.2GHz dual-core processor. Launched as another competitor in the moderately ranged phones, it weighed 124Gms and had an IPS screen of 4”, 10.6 hours of battery life, a 5MP camera, a 1GB RAM and a 1GHz dual-core processor. 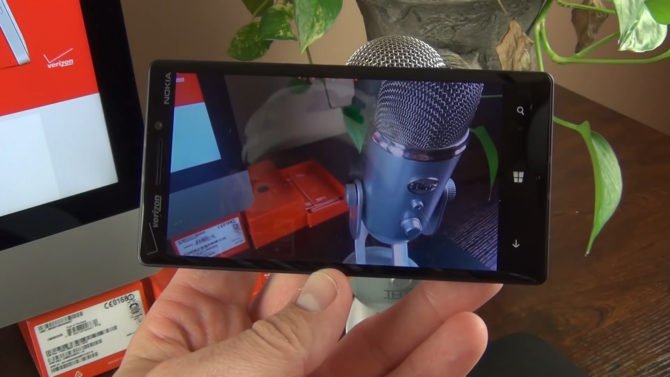 The latest launch in the second generation, it weighs 167 grams with a 5” AMOLED screen, 16.4 hours of battery life, a 20MP camera, 2GB RAM and a 2.2 GHz dual-core processor.

Nokia recently launched its third generation of smartphones running on the Windows 8.1 operating system. All the phones in this series had 15GB of One Drive Cloud Storage. 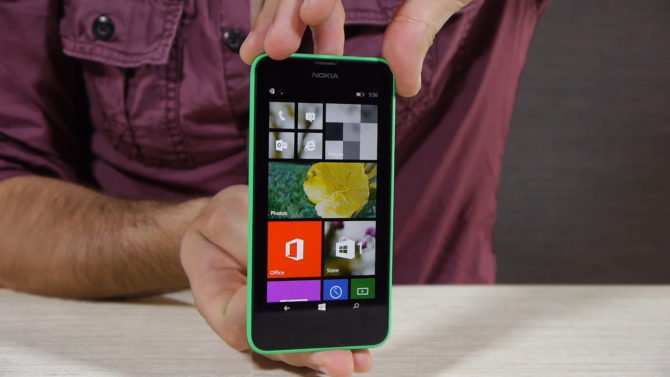 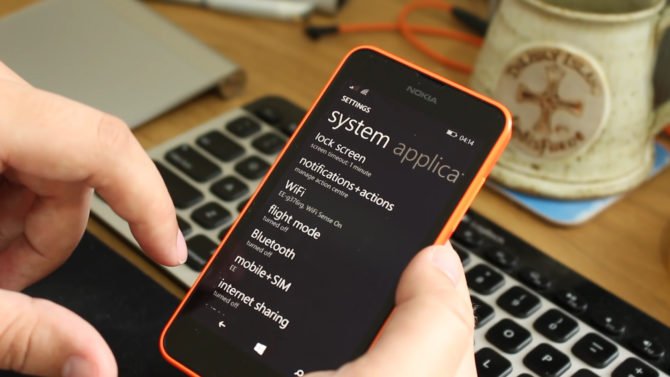 Launched in the same month, Lumia 635 had all the features same as that of Lumia 630 apart from an additional LTE network support. 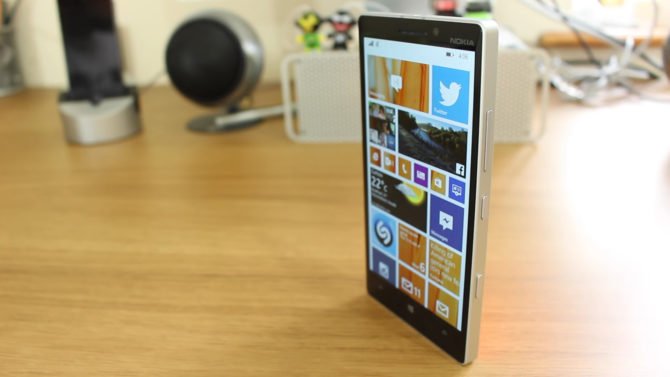 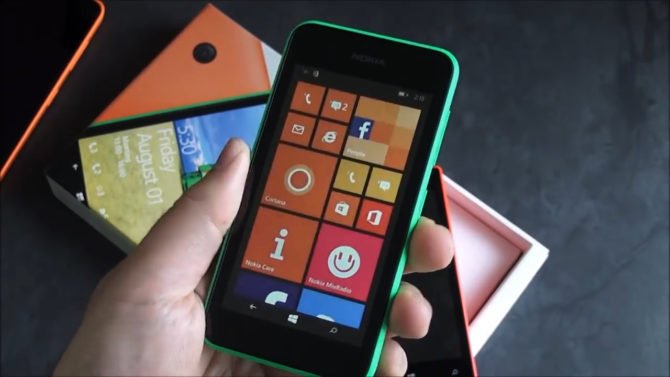 All in all, from just being a windows phone to high-end tech integration, Lumia series has evolved with time. No matter how ruthlessly the leading brands have bashed Nokia phones, the name still has a special place in everyone’s heart.

Nokia is known for its durability and Lumia series’ evolution has made us believe how a company must adapt in terms of technology as per customers’ requirements.