Cometh the hour, every tech company manufacturing smartphones has entered the ‘notch-less smartphone race.’ Samsung, Google, and Huawei are all competing to get the maximum market share that they can. With another year ending and another starting, all companies are looking to bring novelty in their products, Samsung has brought the infinity O LED display with the release of the Galaxy A8s.

Google is bringing the in screen cam with the Pixel 3 lite XL, Huawei is looking to break the world record for featuring a 48 MP camera along with an in-screen camera along with a notch-less display with reduced bezels. Yes, Huawei is not coming slow with its first phone release of 2019. The rumored Huawei View 20 is the talk of the town.

However, Huawei has been quite secretive about its new phone release, although we have received different leaks regarding the specifications. Here is what we know so far: 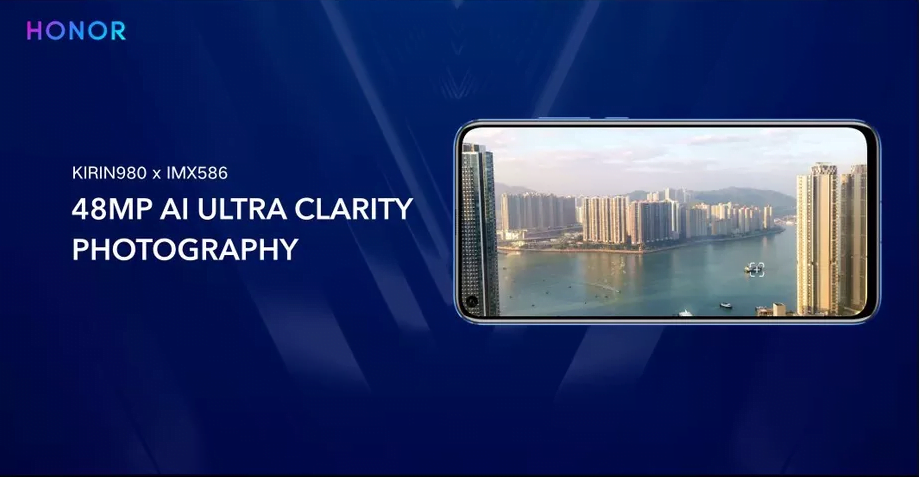 It is the world’s first device featuring a 48 MP camera based on Sony’s IMX586 sensor.  The sensor’s dimensions are 0.5 inches stacked CMOS sensor with a pixel size of 0.8 microns and the resolution as already mentioned 48 MP. Running the Quad Bayer array, the process of pixel binning is implemented to take 12 MP images with less noise. Huawei has dropped the notion of multiple camera sensors and is pushing the release of the device with a single sensor, of a hefty 48 MP resolution. The front camera is also looking to be the inception of in-screen cameras being manufactured in Smartphones.

Huawei has introduced the Link Turbo technology that is intended to provide the user with an uninterrupted network connection by switching between 4G data pools and wifi signals. This is achieved by analyzing the data conditions via AI and big data. This feature is not as unique as Samsung already achieved and introduced this tech with Galaxy S5 model.

Huawei is looking to introduce the ‘All-view’ display with the Honor V20 making it ideal for split-screen multitasking, although the length specs haven’t been released. The display resolution that we have received through leaks is a 1080x 2310 which is slightly more than the V10’s 1080×2160; exact specs will be released on Launch day.

The Honor V20 is featuring an octa-core kirin 980 chipsets, a top end processor already being used in Huawei’s top range smartphone (as confirmed by Huawei) category such as Huawei Mate 20 and Huawei Mate 20 Pro.

Like the Display specs, no specs of RAM has been released by Huawei, and all this is speculation at this point. Since it’s the successor of Honor View 10 which had a RAM of 6 GB, the honor V20 will at least try to top that. Same can be said for the ROM which was 128 GB for the View 10. A micro SD card slot will also be available as well.

The release date is 22nd January for the rest of the world. But the phone is launching a little early in China, i.e., on the 26th of December. We can know the detailed specs of the phone then. The price details are also sketchy but based on leaks and speculation the price is expected to be around the $550-650 range.

This is the latest news that we have received up till now regarding the Honor View 10. Do follow the launch ceremony and decide for yourself whether the phone deserves to fit in your pocket or not.