The Oxford Internet Institute carries out research on patterns on the internet. The academic institute focuses on the social sciences of the internet. Therefore, in a recent study, researchers have studied patterns on social media concerning the climate change ‘debate.’ They have found the results to be promising. Their research concludes that the commentary and discussion on social media has a general trend of favoring research on climate change.

Ana Grouverman is the lead author on the special report by Oxford Internet Institute. She said:

“We were surprised to see that the majority of content and commentary being shared actually supports the scientific consensus on climate change. Very little commentary or content in mainstream conversation seems to belong to active climate skeptics. Our findings indicate that mainstream dialogue on these platforms embraces the scientific consensus.”

The Oxford Internet Institute launched the Computational Propaganda Research Project to observe how algorithms and patterns lead to the spread of political thought on the internet. Although their work revolves around the link between social thought and internet, automation has a very important role as well.

To shift public opinion to their idea of what it should be, miscreants and propagandists have been using automated bots for ages now. These generate traffic on social media websites by churning thousands of similar posts simultaneously. Hashtags hence become a measure of how popular an idea is. If bots are propagating a certain hashtag, it will look more convincing to an onlooker. The COMPROP therefore also analyses how people can use social media bots to amplify or repress political content that may include junk news, misinformation or ethnicity, and race-based hate. On their official website, they write:

“We use perspectives from organizational sociology, human computer interaction, communication, information science, and political science to interpret and analyze the evidence we are gathering.”

The report by the Oxford Internet Institute has a memo as well as an online supplement (PDF). The online supplement lists the methods that the researchers followed. However, the memo lists conclusions and possible inferences from the results they obtained.

The researchers used Botometer to check the activity of certain Twitter accounts. Then the software analyzed whether those accounts were automated bots or not. This analysis comes out in the form of a score which indicates the likeliness of a Twitter account being a bot. Using the software, the researchers further tracked hashtags to follow conversations on Twitter regarding climate change. The data collection on a climate change dialogue on Twitter yielded dozens of hashtags. They then selected 70 and divided those into three categories.

The hashtags under the consensus category directly talked about practical action surrounding the impending doom of climate change. The hashtags under the skeptic category kept a lookout for indicators that might tell why climate change is happening and how. Another list of neither hashtags had those which were apparently too wide to be categorized in the two above. Their research took account of automated bots but did not include other social media strategies. These might include ironic use, protest mobilization or even hashtag hijacking.

Other than Twitter accounts, the research also panned over Facebook clusters and groups. The researchers at Oxford Internet Institute used a clustering algorithm to build a graph between nodes and the rest of the social media website. The algorithm clustered Facebook groups based on the criterion of ‘likes.’

The abstract of the memo (PDF) by Oxford Internet Institute summarizes their findings:

There is a flip side to the conversations on social media endorsing the scientific consensus on climate change. It is embarrassingly easy to polarize people on absolutely anything using social media. This polarization about climate change comes from conspiracy theories. These claim to unveil modern science for the ‘sham’ it is. However, the research found out that YouTube plays a major role in spreading and normalizing content that polarizes people.

The accounts on Facebook that spread skepticism have much less traction. On the other hand, the accounts that spread consensus are much more widely accepted in the broader community of the social medium. Their conclusion was the fact that with regards to climate change, there is very little automated bot tweeting going around.

Ana Grouverman comments on YouTube being a major player in spreading populist propaganda around climate change:

“This finding places more onus on platforms that enable the distribution of audiovisual content to mitigate issue of misinformation in science.”

Dr. Vidya Narayanan is one of the researchers who carried out this project. She says:

“Future studies should look at skeptic communities in more detail, especially with regards to how someone might transition from having a fairly neutral opinion on climate change to joining a community that promotes climate skepticism. Insular communities will often use very specific words, symbols and hashtags not recognizable to outsiders, so qualitative approaches may be necessary before their activities can be studied at scale.”

All in all, the results have brought a sigh of relief to all concerned for the ongoing polarization of something as basic as climate change. Scientists all over the world have agreed upon climate change being a bitter reality. They have also openly claimed that it is caused by human activity. However, populist propaganda diverts attention from the capitalist giants that profit off of our dying planet. It blames science instead. This recent study cannot be the reason for the conversation to stop happening. It does, however, prove that all is not lost yet. 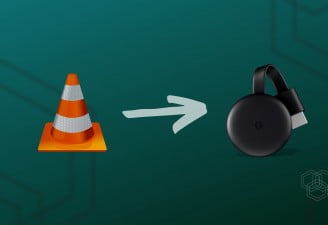