Google wants to make the navigation, exploration, and map viewing experience as convenient as possible. Especially as AI is taking new leaps in this data age, so Google wants to upgrade and update the existing Google Maps according to modern needs. Google first launched the Street View in 2007 and since then the advancements in the Google Maps are enthralling. Google will soon roll out the new features of Google Maps, it announced at the phenomenal Google I/O event.

Google called it the Immersive View. Google Maps will use billions of pictures to produce 3D maps using sophisticated machine learning. This will give such an astounding real-world experience that the Google Maps users would feel as if they’re already navigating in the place they’re heading to. Such phenomenal and mind-blowing changes are indeed praiseworthy and can solve the modern and old problems. Let’s take an overview of what prominent changes Google is going to bring to the existing Google Maps.

Google wants to ensure the safety of drivers across the globe. Even today, the death rate from traffic accidents is the highest in the world. So, Google has taken a sharp and incisive step. It’ll reduce the hard-break incidents where the drivers have to abruptly pull down their brakes owing to the traffic congestion.

Suppose you’re going to hang out with your friends. The new upcoming features of Google Maps will let you know which route is the shortest with the least possibility of encountering traffic congestion and hard-break incidents. Such a feature will reduce traffic accidents and traffic casualties, ensuring the safety of the citizens.

Navigation information and sophisticated AI will help Google Maps to take all these bold steps. So, the next time you head towards your friends remember Google Maps got you.

Gone are the days when life was counted in hours and minutes. In this busy and highly demanding life, even seconds count, and not a single person on this earth loses it. That’s the sole reason over 80 million people turn daily to Live busyness information on Google Maps. At the Google I/O, Google announced immersive and highly beneficial features of the Google Maps, which will help people to save their precious and highly irrevocable time.

Knowing the situation and saturation of specific places at a specific time can indeed be a treasure trove for people around the world. If a person knows the street on the mainland road are busy and has traffic congestion and also has an idea that the restaurant is rushed with patrons, then the concerned person can reconsider his decision to save time.

The feature can instantly highlight the busy spots of any area and you can visit the places at your leisure most conveniently without bearing all the pain of ignorance.

Live View is an astonishing feature that’ll stun most users around the globe. Wherever you are, Live View will help you find your destination or the place you’ve come from. With complex streets and paths, Live View will show you the conspicuous signs and in case you’re heading towards your destination, the shortest and easiest path possible.

Moreover, Live View will also show you helpful details about the restaurants and shops you want to visit, such as reviews, rush hours, and photos. This will help the users to get familiarization with places as easily as possible. Google launched the detailed street maps which were limited in their accessibility. However, soon detailed street maps will be accessible in over 50 more cities.

The meticulous details such as crosswalks, sidewalks, and pedestrian islands are viewable on Google Maps just because of the sophisticated integration of virtual reality and artificial intelligence in the most comprehensive way possible.

Customization is the biggest achievement tech giants have achieved through the amalgamation of AI and VR. However, implementing it in walks of life is only a challenge. Google gives us Google Maps to bring some convenience to our life. Contrary to this, Google Maps can become a pain in the neck if we encounter an overwhelming amount of information and choices.

So, to solve these gruesome problems, Google will provide us with a specific map tailored to our specific needs. If you wake up in the morning, it’ll show the nearby coffee shops to give you a vibrant start to the day and if it’s been the weekend, it’ll show the tourist attraction nearby you. Sounds crazy?

Technology has leaped from its inception in the modern world. New things come and old becomes outdated. Google Maps was once guesswork but it has evolved into a whole new powerful tool to assist millions of people around the world. Unknown locations and unseeing paths are becoming familiar and people are getting used to the use of Google Maps now more than ever before.

AI is smart and is giving meticulous information about the routes, and streets and even giving people a Live view with more augmented features. Google announced an advanced immersive map which will stun the users at Google I/O. So, let’s see when the new features will completely roll out to give us more luxury of easiness. Most probably Google will roll out these features in the next month on Android and iOS.

I am a computer geek and an incisive tech writer. I always find my taste in disruptive technology and recent developments in artificial intelligence. I have affirmed to explore every corner of the technology to spread indiscriminate awareness about its crucial and indisputable role in our life. 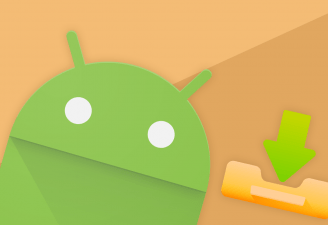