Foldable phones are trending, and many smartphone companies are trying to push their take on foldable phones. TCL, a Chinese electronics brand, explores a unique approach. While most foldable devices like Galaxy Z Flip, rely on folding action because of the proprietary hinge mechanism, TCL’s foldable phone’s leaked prototype has a slide-out display instead of devices bending in half like a flip phone.

According to the CNET, at first, the company was to show off this device at MWC this year in Barcelona, Spain. But most of the leading brands and its exhibitors made the decision to drop out due to globally spreading Coronavirus. Therefore, the organizers canceled the show this year.

This new device can be transformed into a tablet once expanded so that you don’t have to carry a tablet with you while moving around. The leaked pictures of this expandable come via CNET, which they claim to have come from a “trusted source.”

Also read: Motorola RAZR hardware specs detailed; but is it worth $1,499?

The leaked images of the device suggest that the prototype has curved screens on both sides with the use of one continuous display. There are non-existent bezels on either side. The main cameras are housed behind the part of the phones that slides out, and the secondary camera has been set within a hole-punch cutout. 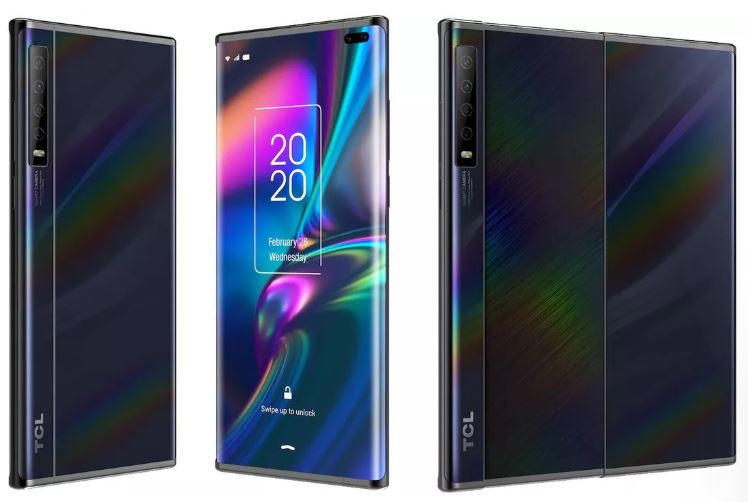 The rest of the mechanism is to be explained yet, but it seems that the rest of the flexible display is within the thicker segment, and the extended part of the phone has a non-glass back supporting the display.

TCL was going to present this phone concept in MWC 2020, but this doesn’t suggest that it is anywhere close to release. So, there is no confirmed source to tell when this expandable will be hitting the shelves.

A zealous tech story writer, love to do makeover, hangouts and explore new restaurants. I am prompt, responsive and passionate about my writing.