Social media giant Facebook is betting big on audio. In an attempt to compete with Clubhouse, Facebook has introduced new audio features. It will feature audio-only “Rooms” for online conversations, “Soundbites” (for a quick voice message), and a new podcasting feature. These features have not been launched yet, although audio rooms are expected to launch this summer, according to Facebook. 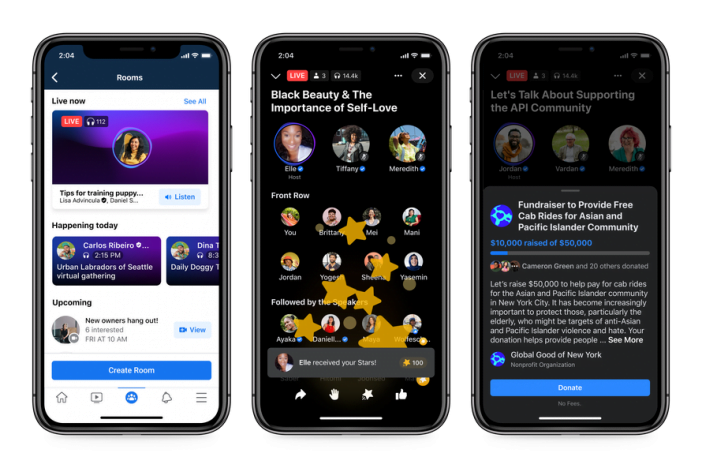 One of the most similar audio tools to Clubhouse is Rooms. Live chats will be available on Facebook as well as Messenger for the participation of users. Despite the fact it will be tested on public figures and inside Groups, the company says they should be able to share ideas with new audiences ‘without the added pressure of being filmed.’

“We believe that audio is a perfect way for communities to engage around topics they care about. We’ll test Live Audio Rooms in Groups, making it available to the 1.8 billion people using Groups every month and the tens of millions of active communities on Facebook. ”

Additionally, Facebook is working on audio posts, called “Soundbites,” to be integrated into the News Feed. There are several soundbites features that might extend beyond a basic audio clip, including special effects and transcriptions that would be helpful to creators.

“These audio creation tools will enable you to create Soundbites — short-form, creative audio clips for capturing anecdotes, jokes, moments of inspiration, poems, and many other things we haven’t yet imagined. We’ll start testing Soundbites over the next few months with a small number of creators and refine the product with their input before making it available to everyone.” 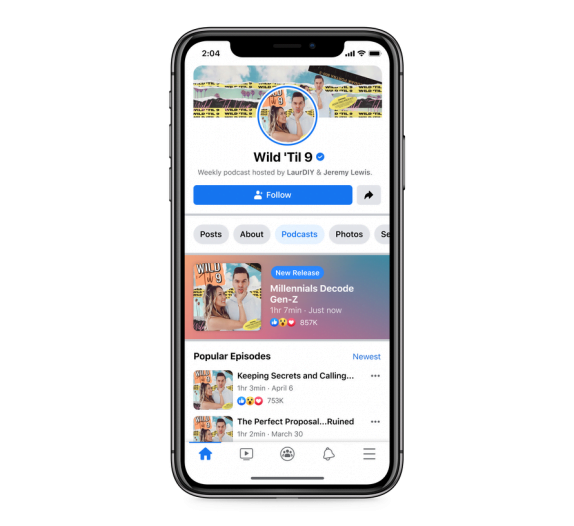 Facebook is also working on a podcasting feature that will allow users to download podcasts directly from its app. Audiences will be able to listen to the audio while the app is open as well as while it is “backgrounded.”

Notably, all the new audio features on Facebook will be tested to see if they can be monetized. The platform plans to include tipping features, as well as letting creators offer paid subscriptions for access to rooms. A fund will also be created to pay influencers for Soundbites.

Not only does Facebook experiment with social audio, but other platforms are as well. Reddit has just previewed its version of Spaces called Reddit Talk in the wake of Twitter testing audio-only Spaces for months. Facebook had already launched its long-awaited dating service in European countries.

Moreover, Facebook also shared the video to get better insights into changes that Facebook is aiming to bring in its application.