Apple announces new iPad Pro 2020 with breakthrough LiDAR Scanner, new 10-megapixel ultra-wide camera, and all new floating keyboard design. The new iPad Pro comes in 11-inch and 12.9-inch sizes. This year, the iPad “Pro” is becoming more like a Pro tablet PC. It has Apple’s A12Z Bionic chip, which the company claims that it makes iPad Pro faster than most Windows PCs.

Let’s take a look at the features:

iPad Pro has LiDAR Scanner near dual camera setup at the back, which Apple claims to be so advanced that NASA is using it for the next Mars landing mission. The engineers at Apple have successfully managed to make it smaller and fit into this year’s iPad Pro. We might see the same LiDAR Scanner in the next “Pro” iPhone as well.

LiDAR (Light Detection and Ranging) Scanner is used to determine distance by using light. It detects how long it takes light to reach an object and reflect back. The sensor in the iPad can measure light from up to five meters away, indoors and outdoors.

Apple claims that the iPad Pro has all-day battery life, which is nearly 10 hours listed on its website. 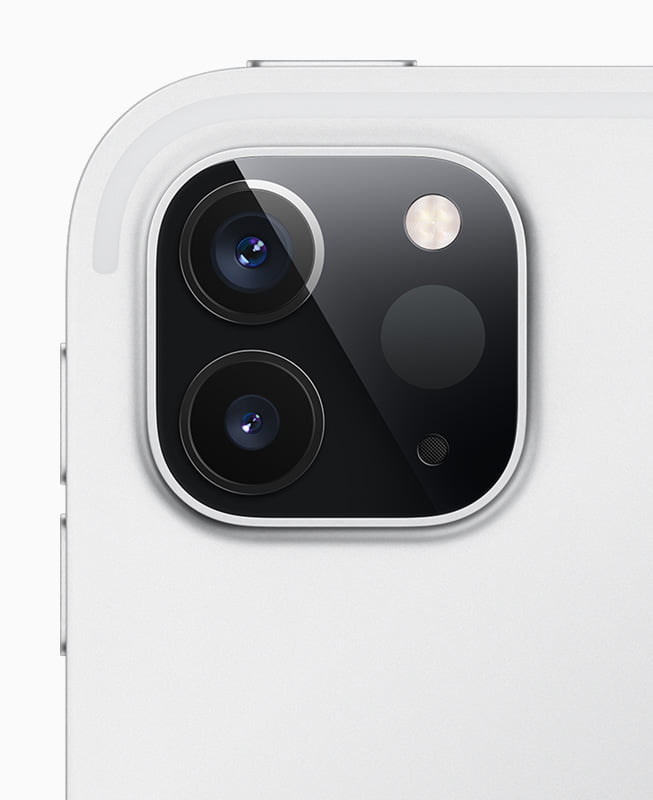 The new iPad Pro 2020 has a dual-camera setup on the back with 10-megapixel ultra-wide and 12-megapixel wide camera. There’s a LiDAR Scanner right beside the camera sensors, flash, and mics. The pro cameras can shoot 4K video and also take ultra-wide photos.

iPad Pro has A12Z Bionic chip, which is so fast that it can show dirt to several Windows PCs available today, according to Apple. It also comes with an 8-core graphics processor. A12Z Bionic also helps with faster image processing in apps that support augmented reality and 3D work. The Apple-designed neural network also enables on-device machine learning for faster performance of apps.

The floating keyboard is magical. The new iPad Pro has a magnetically attaching keyboard that has a floating design, unlike last year’s iPad Pro. Pro users have been asking Apple for a USB-C port for faster transfers and more possibilities with iPad Pro. Now, the keyboard has a USB-C port, which makes it even easier for “pro” users to do more. The USB-C port in the Magic keyboard can be used to charge the iPad Pro. You can smoothly adjust angles while your iPad Pro is attached to the keyboard.

The full-size keyboard also makes it easier to type on the iPad and brings a touchpad with multi-touch gestures to make work easier. With the new trackpad option, iPadOS now supports trackpad, which means it works with a mouse as well.

Without an Apple Pencil, iPad Pro isn’t really Pro. Apple Pencil attaches to the iPad Pro magnetically and can be charged wirelessly with the tablet. You can double-tap to change tools and use it to explore more of what your creative mind can do.