As part of its overhaul, Snapchat is upgrading its visual search engines to the center of its app. It has now rolled out the changes it announced during the Partner Summit back in May. Additionally, there is now a more prominent placement of the “scan” button, which is found directly under the shutter button. In addition, the camera can now suggest lenses and music depending on its surroundings.

Since 2019, Snap has experimented with visual search, called “scan”. Snapchat users have the option to identify plants, listen to music, and solve math problems with the in-app camera. However, this functionality was often neglected as it required several extra taps to access. The camera will now display “scan” whenever it is opened with the update now rolling out. In other words, Snapchat’s camera acts as a visual search engine.

The company also unveiled a few new features earlier this year, such as hunting for outfits with the camera. Additionally, there will be Camera Shortcuts, which will combine augmented reality lenses with music according to your surroundings. You might, for instance, be prompted to find AR lenses and music that will work with your clip if you point it at your pet.

With Snap’s recent acquisition of Screenshop, the fashion recommendation engine built into Scan is the coolest upgrade yet. Screenshop lets you upload screenshots of clothing to find similar items for sale. Scan now enables you to discover clothes and buy them on the spot. Snap’s Memories camera roll will also get the scan shopping feature, allowing you to find and shop for clothes based on what you already have saved as photos or screenshots. Snapchat users can now see scans whenever the camera is open following the launch of the update. 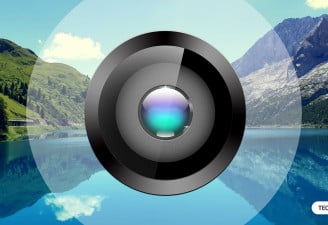