For all the Honor fans waiting for the next phone rollout, the wait is over. Honor launched its V20 or View 20 phone today in China. Huawei’s Honor has launched its first phone with a hole in the display for the camera. The phone also has a 48MP rear camera.

The phone is expected to make it to the southeast Asian market in January 2019.  The live stream of the phone came from Honor’s Chinese website at 3pm Beijing Standard time. Users who want to view the streaming can go to the website and click on the banner.

The company has announced a separate global launch event in Paris on January 22. 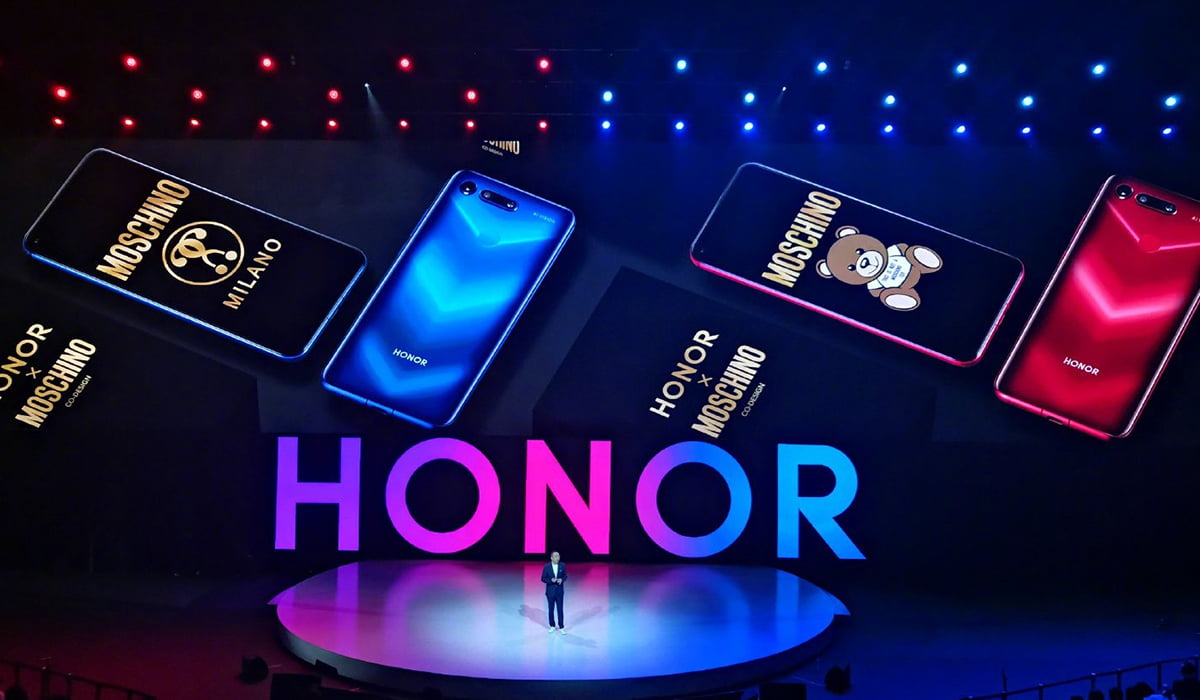 The earlier leaks said that the phone would cost around 2799 Yuan for a model with 6GB RAM  and 64GB storage. The one with 8GB RAM and 128GB storage will cost up to 3299 Yuan.  The Moschino version that comes with 8GB of RAM and 256GB of storage costs 3999 Yuan.

It has a 4000 mAh battery with 22.5-watt super charge support, which means that you can charge the battery of your phone up to 55% in just 30 minutes.

The Honor View 20 comes in 3 colors: red, blue, and black. Its rear panel has a gradient V that changes colors as you move it around in the light.

The Honor View 20 also has a display of 6.4″ with a 1080p resolution. In addition, it has a tall ratio of 19:25:9. An LCD panel makes it seem that there is no UD fingerprint scanner. However, there is one at the back of the phone.

The phone has a hole in the front panel for the 25 MP shooter front camera. It has a 48MP snapper rear camera which is actually huge and AI supported! Also, it has a 1/2 inch CMOS sensor (0.8 µm/pixel) with a Quad-Bayer array that allows binning for HDR 12MP for the night shots.

The phone has an Octa-core Kirin 980 Chipset based on a 7nm processor and comes with dual NPU. It also comes with 6GB and 8GB of RAM varying in two different sets, each having different prices.

The storage of the Honor View 20 varies with the RAM. The one with 6GB RAM comes with 64GB of storage and 128GB of internal storage. However, the one that has 8GB of RAM comes with 256GB of built-in storage. All three combinations vary in their prices, as discussed above.

It comes with an Android Pie with Magic UI 2.0 for the Chinese market. However, the phone will ship with EMUI 9.0 for the global market.

Honor has introduced a new smart technology in the Honor V20 which allows the phones to switch connection between WiFi and LTE smartly, based on the use or the requirement of the process being performed on the phone. This technology is called Link Turbo.

All the people in China can grab their phones later this month while the others have to wait for the launch in Paris.