AI is helping kids with Autism.

Autism is a complex neurobehavioral disorder. It is actually part of Autism Spectrum Disorder, which is characterized by core issues such as social-interaction difficulties, communication problems and tendency to engage in restricted and repetitive behaviors. The spectrum revolves around these core issues with variable severity depending on the manifestation of symptoms and also may be accompanied by other neurological and systemic signs and symptoms.

Behavioral distinctions in the autistic children

In normal developmental milestones, infants are social by nature but in contrast, those of autism start developing symptoms such as failure to respond to their names by 8-10 months of age. They also show decreased interest in people, have delayed babbling, difficulty playing social games, aggressive behaviors, delayed language and use of gesture learning in communication and repetitive movements such as hand flapping, rocking, jumping etc.

Therapies to resort to

All of the above-mentioned objectives are dealt with a number of therapies. No single therapy works for every child. What works for one child might not work for others. Therapies which are used include Speech-Language therapy, Verbal Behavioral Therapy, Applied Behavioral Response therapy, Pivotal Response treatment, Floortime, Relationship Developmental Intervention, Occupational Therapy, Physical Therapy, Social skills development, Auditory Integration Therapy, and other medical interventions.
Despite all these interventions and best efforts of educators, therapists and para working, evidence-based data tell us children with autism still not live the same life as their non-disabled peers. In addition to this, there is a need for more robust intervention as the CDC data has informed that incidence of autism has increased from 1 in 68 to 1 in 59 in the United States of America.

Robots for the autistic children

Educators and researchers are now introducing the use of technology in the form of Robots for this robust intervention. They have already got good results after this robotic interaction with autistic children and they have great hope this will go miles in the future of autism spectrum disorder treatment. 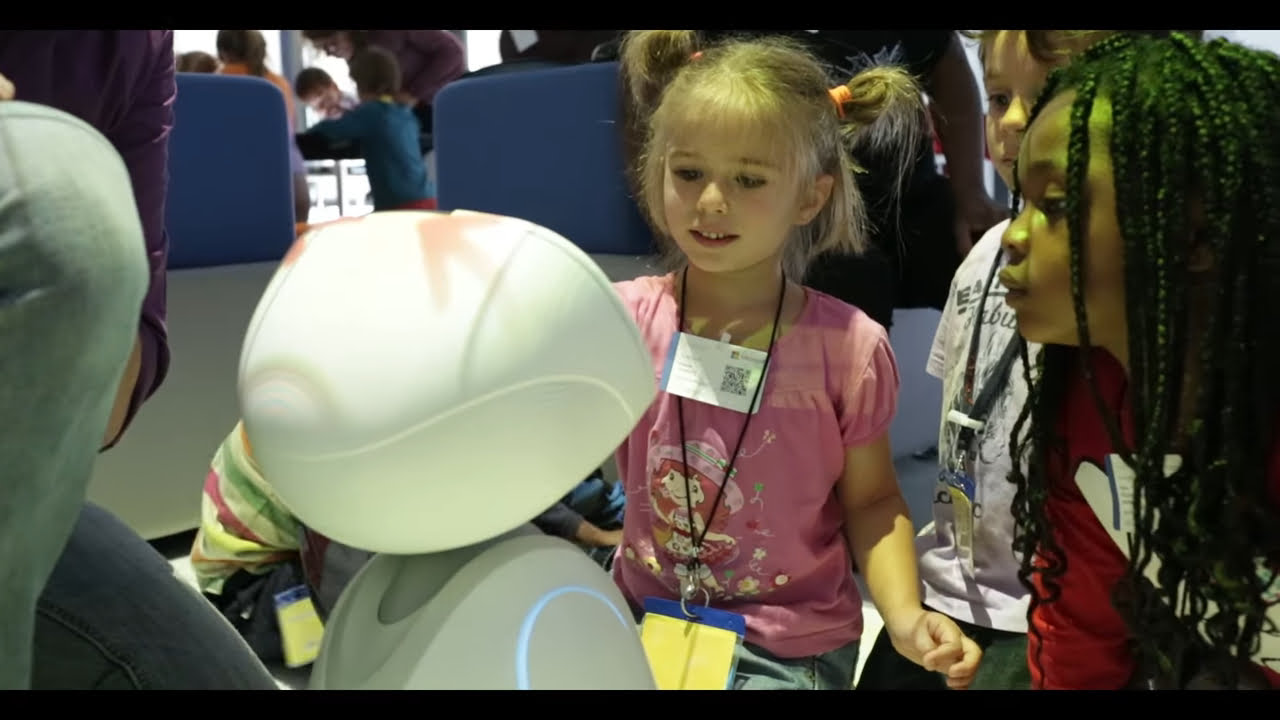 Robotic interaction with patients of autism has been done in various forms and have been tried in schools with fruitful results.  Some classrooms have used Bee Bots, some have used sphere but there are humanoid robots as well which are increasingly used now.  Another concern of social robots is that they are still therapist dependent as they are remote controlled and require a lot of time and energy. Therefore, the Development of Robot-Enhanced therapy will design robots that can operate autonomously and help the therapist to improve the child’s social interaction skills, such as turn-taking, imitation, and joint attention. 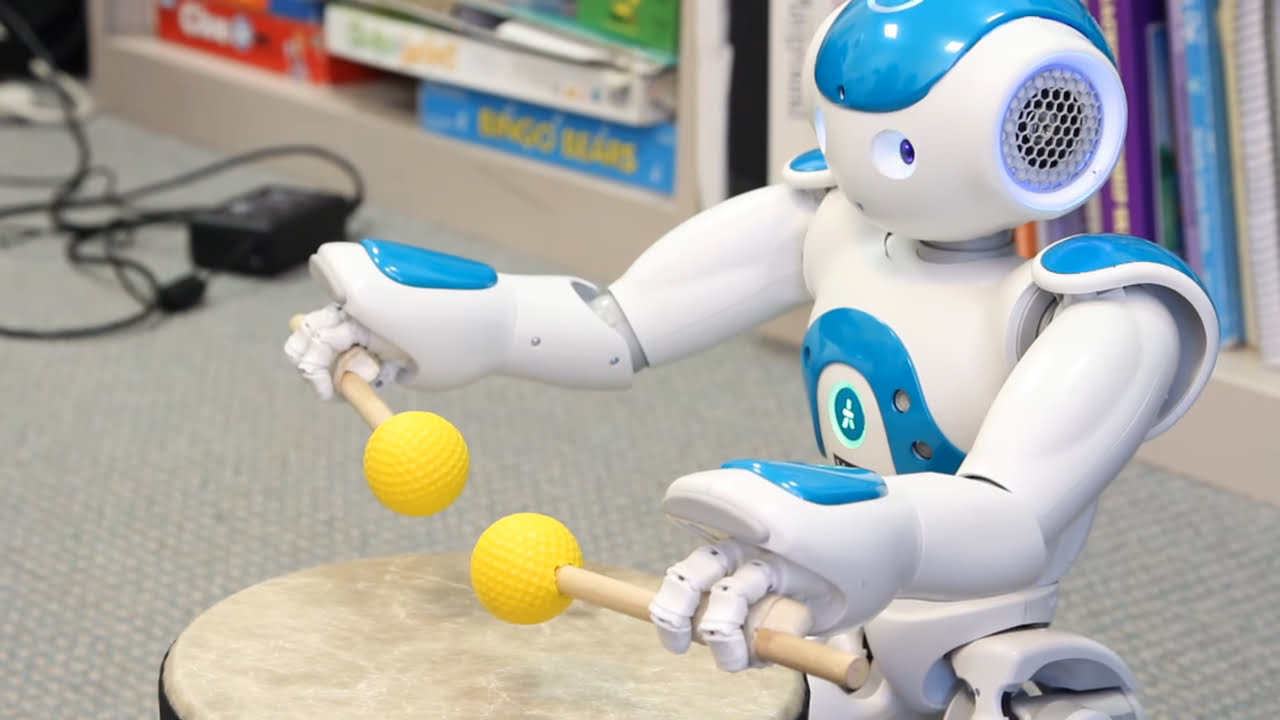 The DREAM Project aims to develop an autonomous robot that minimizes the therapist’s intervention so they can focus more on the child and improve the outcome of the therapy. The main task of the University of Portsmouth research group is to capture and analyze sensory data from the children – motion gestures, gaze, facial expressions, sound and voice and make the robot understand what the child is doing so then they can have a better interaction.

Are these robots really going to help?

The benefits that have been seen by robotic interaction with autistic children are outstanding. This one-on-one interaction has helped the autistic child from being withdrawn and isolated to laughing, dancing and singing at school. It has also helped the child getting eye contact and sustain more complex social interactions. Other than this, great benefits of maintaining self -control, self-regulation when frustrated or distressed have also been achieved. Humanoid based robots with facial expressions teach the autistic child to recognize important facial cues and obviously, these robots never get tired or lose patience. Moreover, these robots are fun and out-of-the-ordinary. 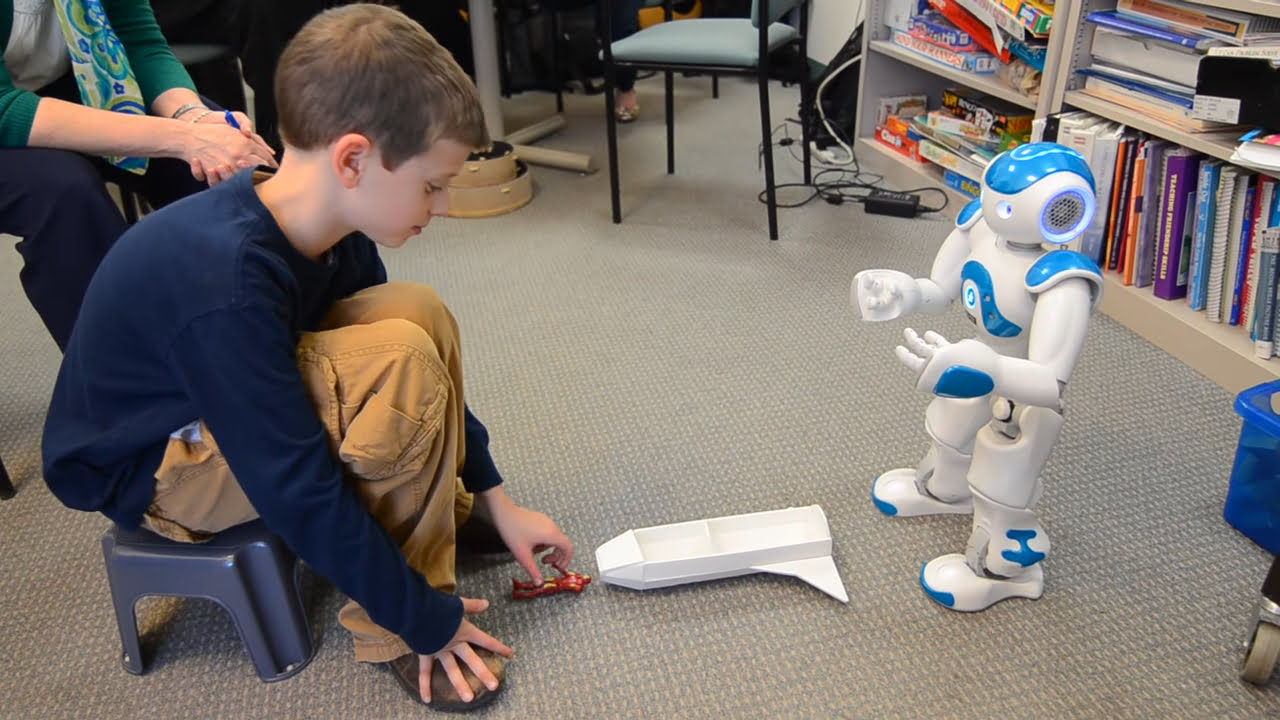 Further, these robots have also helped in an emotional build-up of the child as well because these robots are designed to remain focused on the directions without major distractions or feeling agitated. They have built a stronger sense of control and autonomy and have made an autistic child more social and sharing experiences with others by replicating the actions of robots. Due to these robots, there has been more class-time spent learning. 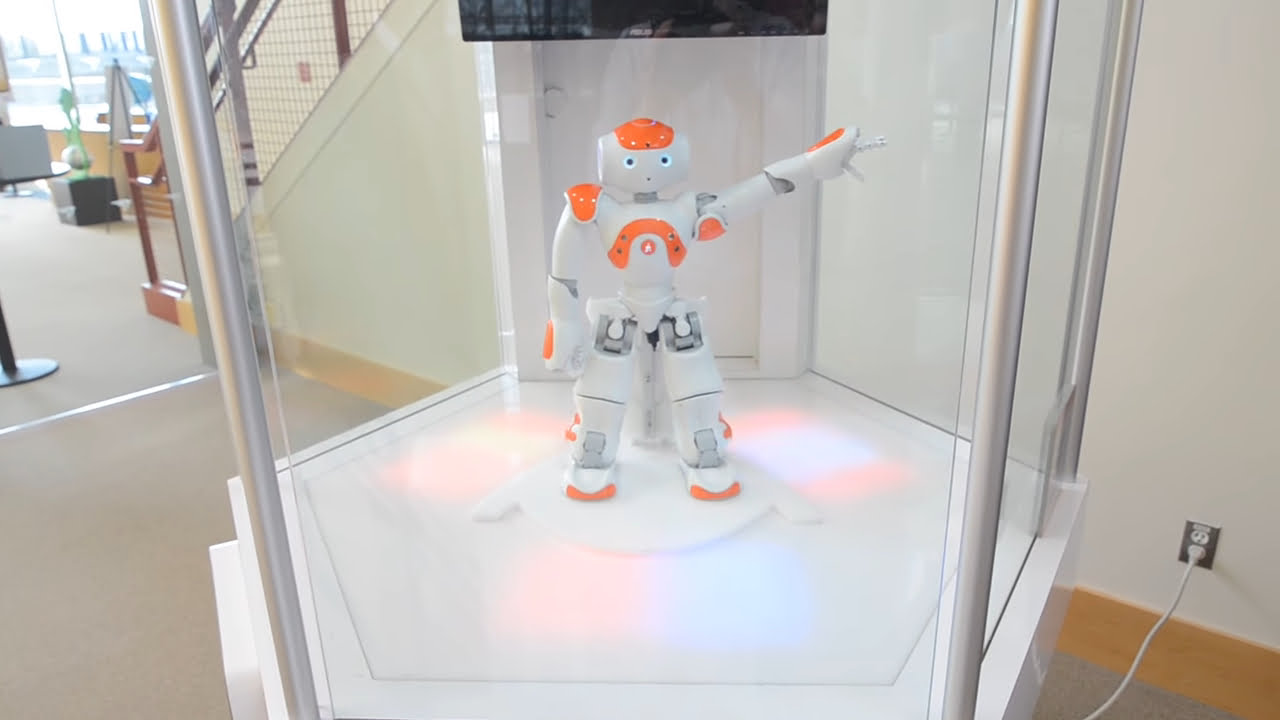 Therefore, it can be clearly depicted that these robotic interactions can help improve the quality of life of these autistic children for sure. Moreover, robots are consistent and predictable. The need of the hour is to use the collaboration of scientists and engineers to make these robots more accessible and affordable i.e. the use of technology for the service of mankind.

What does the future entail?

The use of artificial intelligence in the form of these robots for the diagnosis of autism spectrum disorder is also under proposition. Another thing for consideration is the use of home-based small personal robots for treatment of these patients. The objective behind this consideration is the long-term company of these robots with the autistic child. This can better facilitate the child at home, in school or anywhere develop his skills of learning, socializing, creativity and play.