Autonomous vehicles are no longer simply the future of transportation; smart cars capable of driving themselves are already here. The real challenge is integrating into the everyday fabric of human life and our successful transition from manual to autonomous vehicles.

The emergence of a new era

By March 2018, 52 companies had permits to test autonomous vehicles in California alone. The fact that so many companies have dedicated resources to this technology suggests that a new era is already upon us and will have a far-reaching impact on the world of transportation. Below are just a few of the areas in which we will see change.

AVs (Autonomous Vehicles) will have a profound impact on the lives of drivers. Taxi and truck drivers and other people associated with delivering goods may have to find new forms of employment once delivery vehicles become driverless. But AVs would also create new jobs in different sectors.

Technicians who can manage AVs on a large scale and professionals who can assemble these vehicles would be in demand. The overall impact, however, would likely be a net reduction in jobs. Automation and machine autonomy have already decreased the number of previously existing jobs in some fields, such as factory and farm work.

Parking will also be affected by AVs. Studies have shown that 30% of traffic exists because drivers are looking for a place to park. Congested parking lots create are a common source of frustration among drivers. With AVs’ advent, owning a car will no longer be a priority, so neither will parking. A driverless car could be on its way to pick you up in minutes, freeing the curb as well as parking spaces.

But on the other hand, a recent study from MIT in the city of Boston suggests that since people might choose AVs over public transport, these vehicles could actually increase urban traffic jams by 5.5% (though reduce the need for parking spaces by 48%).  The researchers have proposed solutions such as converting parking spaces into pick-up and drop-off locations and building self-driving-only lanes.

Another deciding factor in the AV revolution’s success or failure is the general public’s reaction to the new technology. If people don’t understand how they work, how much “intelligence” they have, how they can be useful (or harmful), and the various impacts on infrastructure, the economy, and the environment, the project could fail. Public understanding is critical in determining how soon AVs could become commonplace on our roads.

One major reason for the ongoing confusion around AVs is that there are various types of “autonomy.” It’s often unclear to non-experts how the machines operate and how much human intervention they require.

Most automatic vehicles still require a human driver’s intervention, and many people would like to keep it that way. But the end goal for those building AVs is for the vehicles to drive themselves entirely.

There is an official hierarchy that compares the degree of human control versus vehicle control. Because vehicles with varying degrees of autonomy exist, the public remains confused about where each innovation exists on the spectrum.

Much of the public is still suspicious of the new technology. A study by the Brookings Institution recently confirmed this. They found that around 60% of people confessed that they did not think driverless cars are safe and were “not inclined” towards them. 70% said they would have concerns about sharing roads with driverless vehicles. However, 59% of those surveyed believed that autonomous vehicles would be just as unsafe as vehicles driven by humans.

There are many compelling arguments for moving away from human-operated vehicles. One of these is the number of accidents that occur due to human error and negligence, including drunk driving, deliberate speeding, and distracted driving. The majority of fatal accidents (by some accounts, up to 94%) result from human error.

Human reflexes are not on par with those of machines. One could imagine a future in which people will be shocked to think that humans ever relied on their slow reaction times to control vehicles. For a computer, a few milliseconds is enough time for observation, processing, and reacting. AVs, therefore, have the potential to reduce accidents drastically.

Car accidents may occur, and people may suffer serious car injuries. During daily commuting hours, more drivers travel, resulting in more traffic accidents. If you get into an accident, who will take care of your family and your medical, household expenses?

One of the greatest advantages of autonomous vehicles is the drastic reduction in commuting time.

Almost all the technology for AVs is built for electric vehicles. This means that autonomous vehicles would not use conventional methods of burning fuel and polluting the environment. Creating a cleaner urban environment is one of the primary advantages of these new vehicles.

However, a recent study from the University of Michigan reports that autonomous vehicles’ lifetime energy consumption and greenhouse gas emission could still be harmful to the environment with the current hardware and system requirements.

Out of the big players that have heavily invested in AVs, Tesla leads the pack with its Tesla Autopilot initiative. Tesla initially introduced Autopilot as a complex program of assistance for drivers. Recently, a hardware update has given us the “Enhanced Autopilot.” The hardware is now capable of tasks like changing lanes with the driver’s consent, self-park, cruise control, and lane centering.

Tesla has also been looking to bring hardware capable of giving the total self-driving capability to its vehicles. This hardware has been in its developmental stages for a while now as the announcement for its installation in all Tesla cars came in 2016. The company claims that the hardware to make AVs already exists, and their only limitation is the software.

For Tesla’s Autopilot to be fully integrated into AVs, it has to overcome several social and legal barriers. The most important controversy surrounding Autopilot at the moment is the accidents that happened on its watch. Two of these accidents have led to fatalities. In March 2018, an accident killed a driver in Mountain View, California. The car was running on Autopilot when it crashed into the concrete barrier and caught fire after two following vehicles struck.

Uber is working on perfecting an automated Volvo SUV model. Like Tesla, Uber’s AV program also faced a setback due to a fatal car crash in early 2018. On March 18, an autonomous Uber ran over a pedestrian in Tempe, Arizona. This accident happened when the safety driver was distracted during the test. The fatality from the accident immediately led to a halt on AV testing by Uber in test cities, including Tempe, Pittsburgh, and Toronto. However, eight months later, Uber asked Pittsburgh authorities to resume testing their autonomous Volvo SUVs. In December, the request was granted, and Uber brought its AVs back on the road with caution.

Mercedes has been investing in autonomous vehicles as well. Several prototypes already exist, including the F 015 Luxury in Motion, the Future Truck 2025, and the S 5oo Intelligent Drive.

Current Mercedes vehicles do not perform completely automated driving. Instead, some sophisticated cameras and sensors help the driver make decisions on the road. One of the most advanced driver assistance programs is in the 2018 S-class Sedans. In November 2018, Daimler and Bosch announced that they were partnering to bring Mercedes-Benz S class Robo-taxies to San Jose, California.

Faraday Future has focused on the production of self-driving electric vehicles since its inception in 2014. The company debuted its flagship vehicle, the FF91, at CES 2017. However, after its much-hyped debut, the project fell into disarray.

The company’s CFO and CTO quit last summer, and a major investor had his assets frozen. The drama indicated that the FF91 project would be significantly delayed or halted. Still, in 2018, Faraday Future held an exclusive test-driving event for a select few journalists to announce that the company had completed the first pre-production model of the FF91 in August 2018.

If the future of transportation is autonomous vehicles, then Elon Musk’s Hyperloop may play a major role in their accompanying infrastructure. The Hyperloop involves propelling a levitated shuttle through a low-pressure tube. Musk believes it would solve the various problems associated with public transport and street congestion.

In concept, the shallow pressure in the tubes would reduce friction to a minimum, and the attainable speeds could reach 1200km/h. To overcome the hurdle of constructing the tunnels needed for Hyperloop to work, Musk has founded The Boring Company to tackle tasks.

Since Musk and Tesla open-sourced this idea, other companies like Virgin Hyperloop One are also working on hyperloop technology development.

While a few big names in the automotive world have taken the initial steps to make autonomous vehicles a reality, many others are now following their lead. Toyota, Audi, Addison Lee, Waymo, and General Motors have invested heavily in the field.

The tech evolution needed to get there is well underway, and AVs are already on our roads. Even though the public’s surveys are not showing an overwhelmingly positive response, the fact that the public is talking about it is productive in itself. Making AVs a part of public discourse is a vital step towards their gradual integration into everyday life.

Even though accidents have given regulators and the public pause about blindly accepting this new wave of transportation, we are likely to see companies continue to push to get more of these vehicles on the road in the coming months and years. 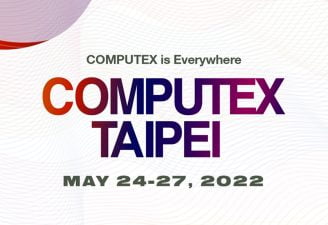