Mozilla is set to release the new Firefox 63. This new version of Firefox comes with protection against third-party tracking cookies. As a result, these cookies will not be able to track your activity across the web, anymore.
The update will allow you the option of whether to deactivate all third-party cookies or only tracker cookies. If a user selects all third-party cookies option they would be comparatively free of ads but will risk some websites breaking. However, selecting the recommended trackers option the user will not receive ads that follow them around the web. Blocking can be adjusted to a site-to-site basis. 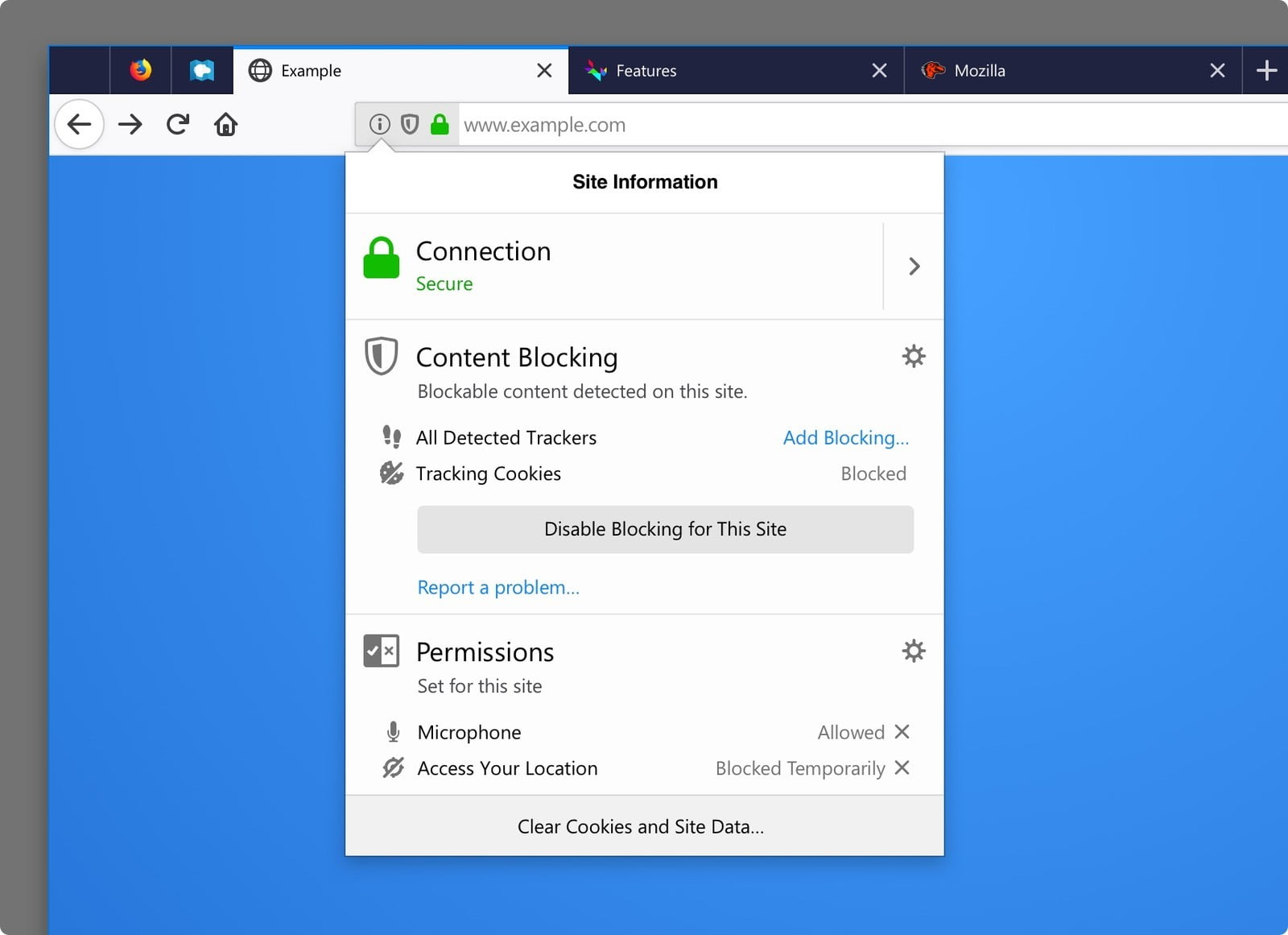 The company said in their blog post that they hope to have this as a default feature by next year. Because they are incredibly concerned about the surveillance on the internet.
Firefox will also be able to detect and adapt to your preferred Windows’ theme, whether it is dark or light. Firefox also now allows users to open new tabs through voice commands. In the US, Firefox will no longer provide default recommendations from Pocket. Instead,  users will now be allowed two search options, Google and Amazon.

When users in the US connect to any unsecured wireless network, they will receive a pop-up message informing them that they have subscribed to a ProtonVPN for $10 per month. This was part of a trial promoting a premium VPN service in Firefox. This was what inspired the launch of Firefox 63. The Switzerland-based VPN provider has a privacy policy that aligns itself with Firefox’s. The service provider does not store data on users’ browsing history. A cut from the subscription fee will be taken by both the companies.
Stay tuned for more!