For decades, writers and filmmakers have dreamt of the AI revolution. Whether it’s the evil HAL 9000 from 2001: A Space Odyssey or the sentient droids of Star Wars, complex artificial intelligence is a hallmark in the depiction of advanced futuristic civilizations. But, in reality, how close are we to an AI revolution? When will we be able to reap the rewards of computerized thought? Will we ever see the intelligence that matches our wildest imagination in science-fiction?

A common misconception in discussions about artificial intelligence is the assumption that AI is one homogenous subject. The nature of AI most familiar with the everyday public consciousness is that of Artificial General Intelligence (AGI). This is the type of intelligence found in science-fiction, referring to AI with human-like intelligence skills. For computer scientists to deem an intelligence to qualify as an AGI, they must be able to reason, represent knowledge, plan, learn, and integrate all these skills into a common goal.

One of the most well-known tests to confirm human-level AGI is the Turing test. It is conceptualized by the British ‘father of computer science’ Alan Turing in 1950, the test hinges on whether a computer can talk like a human.

In the test, a human judge has a text conversation with three unseen players and evaluates their responses. If a computer can replace one of these players without significantly changing the results, and hence its conversations couldn’t be distinguished from a human’s, it passes and is said to be intelligent. Turing predicted that by the year 2000, computers with 100MB of memory would be able to pass the test with flying colors. Was Turing right, can our computers today pass the test?

Even though computers these days have substantially more memory than Turing’s predictions, only a handful have been able to pass this test. Most famously in 2014, a computer program called Eugene Goostman passed the test by convincing 33% of the judges at an event hosted by the University of Reading that it was human. It achieved this by mimicking a 13-year-old Ukrainian boy and hid behind the low age and language barriers to encourage judges to forgive its grammatical errors and lack of general knowledge.

Despite this pass, many are skeptical whether chatbots like Eugene Goostman exhibit any real intelligence. The developer of a competing chatbot Cleverbot Rollo Carpenter argued that the Turing Test could only prove a machine can imitate a human, rather than demonstrating human-level intelligence. And so, how can human imitation contribute to an ‘AI revolution‘?

In 2019, Amazon switched its main port of customer support the live chat over to an automated chat machine. Unlike chatbots competing to pass the Turing test, Amazon’s customer service bot relies on a series of pre-prepared prompts and responses and therefore doesn’t adapt to what its users want to ask. I simply cycle through its pre-prepared responses, unlike the “Connect to Live Associate” button pops up. But, what if in the near future, customer service call centers and live chat operatives could be entirely replaced by a Turing-compliant computer program? 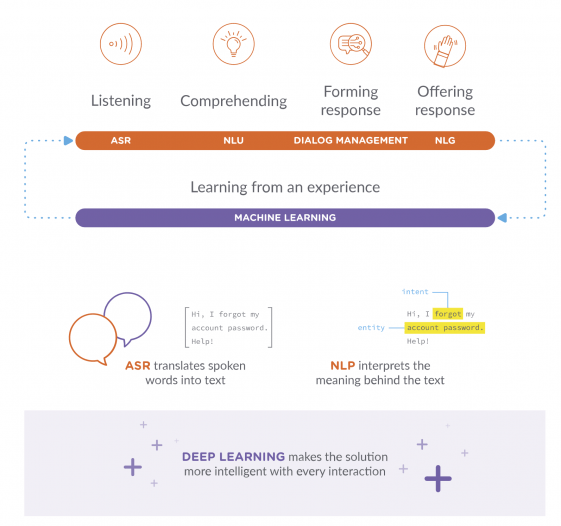 AI can improve every time it works by implementing machine learning and optimizing its functionality to improve intelligence and human likeness. We’ll dive into how much advances in machine/deep learning contributes to the ‘AI Revolution’ in the latter half of this article.

As we teeter closer to true AI/AGI, the advantages of such software become evidently clearer. Labor continues to be one of, or in most cases the, most expensive cost of production. For large corporations opening up call-centers and hiring dozens of live chat workers is a serious cash blow. If companies, especially e-commerce businesses, that operate on such slim profit margins, can cut personnel costs, this could further drive down prices for online retailers. Customer care continues to be an expensive but integral part of retailers’ operations, but with the advancements in chatbots, the AI revolution could change e-commerce forever. The Machine Learning breakthroughs in the early 2010s changed the landscape of AI technology significantly. Machine Learning focuses on the development of computer programs that can access “training data” and learn unsupervised without human assistance. The way deep learning tools use training data is searching for common patterns to optimize future decisions. In 2012, the Google Brain team developed a neural network to recognize cat images. Humans do this instinctively: we can tell what’s a cat without having to think about it. But, telling a computer how to recognize a cat is a lot harder.

Bots can’t see, and all they can do is validate for patterns in data: the training data. The team provided the computer program with millions of human-verified images of cats and the program began to recognize patterns in the data by analyzing the colors of the pixels in the image. After many cycles of testing the bots against training data, computer programs optimize and create algorithms that become increasingly more effective at doing their tasks and recognizing patterns. It’s the property of computer programs teaching themselves how to get better at the recognition that makes deep learning so powerful.

Modern machine learning programs can teach themselves at “light speed” and apply optimizations that are impossible for humans to learn. Whilst bots begin seemingly dumb and ineffective, after millions or billions of cycles where the programs test and optimize themselves, deep learning has enabled so many applications where computers are orders of magnitude more efficient than humans could ever be. From flawless facial recognition to making stocks and trading decisions in micro-seconds, machine learning has quickly become the battleground for breakthroughs in AI technology. If you’ve ever searched the web or used a social media network, deep learning has been used to develop algorithms to suggest the best content for your engagement. Voice assistants have been able to recognize your speech better thanks to deep learning, and can now have completely natural conversations with you thanks to machine learning. 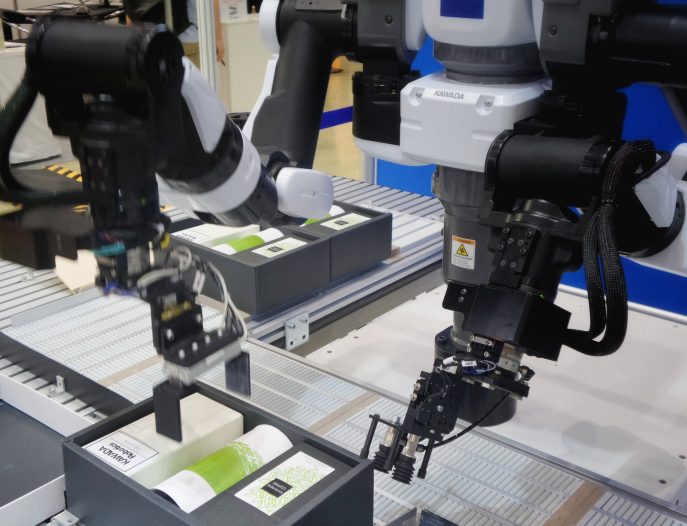 Machine learning AI has found its best usage in large-scale projects and businesses that serve a large userbase. Companies like Google can use AI to perform tasks impossible for humans to do, like recommending YouTube videos or matching ads perfectly with a target audience.

Advancements in AI will hand more cards to the billion-dollar tech companies that rule the internet. With the power of computer hardware, they can optimize their business models and continue to get richer and more powerful.

AI is the new monopoly playing ground. If your business can be orders of magnitude more efficient than competitors, market dominance becomes easy. Companies like Facebook and Google will keep pumping millions into the growing industry to fuel the AI revolution.

The focus now turns to machine reasoning. Computers can now learn really well, but if we are to reach the AI seen in science-fiction, machines must begin to reason.

“Deep learning has been successful for well-defined kinds of problems where there’s lots of labeled data, and it’s good at perception and classification problems rather than real reasoning problems,” says IBM Distinguished Researcher Murray Campbell, one of the architects of IBM’s AI chess master, DeepBlue. “The next big opportunity is to do for reasoning what deep learning did for perception and classification.”

But for now, computer learning will continue to transform the business landscape: cutting costs and replacing human workers. Technology can only get better and improve, and the AI revolution will continue.

In conclusion, is the AI revolution here? We are still years off seeing an Artificial General Intelligence that can reason and use imagination to resolve issues. But, we’re getting there. The seeds for AI changing our lives for the better have been set, and soon a revolution will completely transform our way of life. For now, our algorithms will improve and tech will get more functional and efficient. Tech companies will however always have deep reasoning on the horizon, that’s the endgame: an AGI.