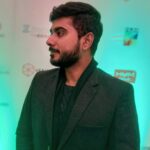 TechEngage names Muhammad Abdullah as the new Editor-in-Chief on April 1, 2019

TechEngage is thrilled to announce that Muhammad Abdullah, also known by his nickname AbduGeek on the internet, has been appointed as the new Editor-in-Chief.

With six years of experience in the technology industry and a degree in Computer Science, Abdullah brings a wealth of knowledge and expertise to the role. In addition to his passion for technology and gadgets, Abdullah is also a skilled writer and editor, with love for movies.

Based in Lahore, Pakistan, Abdullah will lead TechEngage’s international team of writers, spanning the United States, United Kingdom, Europe, and Pakistan. Under his direction, TechEngage will introduce new types of content, including gadget reviews, pop culture, and comprehensive how-to guides. Additionally, Abdullah will oversee the development and creation of exclusive content, including written articles and video segments, from the world of science and technology.

As the new Editor-in-Chief, Abdullah will play a crucial role in continuing TechEngage’s evolution as it transforms into a global mainstream hub for the latest tech news and commentary.

A word from the Editor-in-Chief:

TechEngage began in 2003 as a community-based non-profit organization founded to provide unemployed and under-employed technical professionals with an affordable opportunity to obtain high-quality training via multi-day conferences. In 2018, TechEngage evolved into an online tech magazine for tech geeks and anyone interested in technology news.

TechEngage will continue to evolve over the next year as the creative team transforms it into a global mainstream hub for the latest tech news and commentary.

TechEngage is a project of TechAbout, a software house in Lahore, Pakistan, run by CEO Jazib Zaman.

More from our Newsroom