Former Co-Chairperson of Sony Pictures Entertainment and Co-producer of Spider-Man movies, Amy Pascal, revealed while speaking to Fandango that they are in talks for a sequel to No Way Home featuring Tom Holland’s Spider-Man. This came after Tom Holland hinted in an interview that he might be retiring from being Spider-Man and took the breath out of his fans.

“We are getting ready to make the next Spider-Man movie with Tom Holland and Marvel. We’re thinking of this as three films, and now we’re going to go on to the next three. This is not the last of our MCU movies.”

It is evident that Sony isn’t done with Spider-Man because the Spider-Verse is getting them billions. However, Tom Holland as Spider-Man was unconfirmed, especially after the actor hinted in an interview that he’s ready to move on and will guide the new Spider-Man and share tips for being Spider-Man.

In addition to the Spider-Man trilogy, Sony’s Venom series has gone successful, and the company is also working on Morbius, a spin-off movie featuring Jared Leto.

We’ve also not seen Michael Keaton’s Vulture as he has unfinished business with Spider-Man. So, it’s too soon to say that Tom Holland won’t be returning after No Way Home.

Meanwhile, No Way Home is releasing this December. It is said to be the biggest cinematic event since Avengers: Endgame. Some might call it even bigger than the Endgame since it involves [Spoiler Alert], previous Spider-Men. The first trailer teased Sinister six; however, the second trailer confirmed that rumor. So now, it’s just a matter of time that we will get to see other Spider-Men too.

It’s almost confirmed that Tobey Maguire and Andrew Garfield might appear in the No Way Home after the trailer unleashed previous villains. Other than Doctor Strange, Green Goblin, Electro, Lizard, Sandman, and Doctor Octopus has already appeared in the trailer. 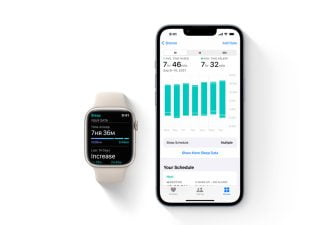