Last week the German automaker BMW introduced its first autonomous motorcycle at Miramas test ground in Provence, France. This bike is based on their best selling BMW R 1200 GS. 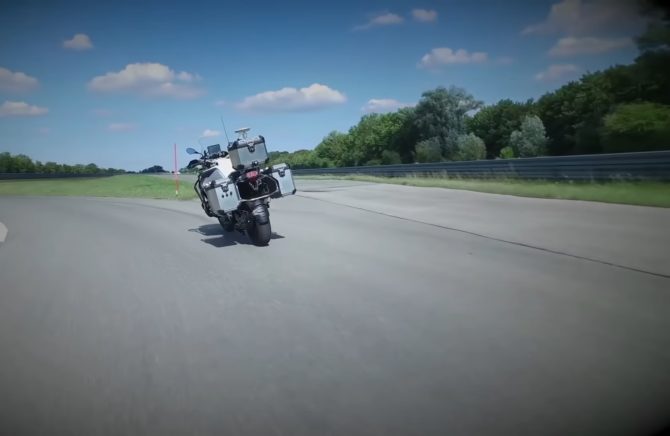 The bike is made by Stefen Hans with his team who’s a graduate engineer. The motorbike drove away, turn around, accelerated and did everything a bike could do. Here’s what it did for your viewing pleasure:

Motorcycle riders die at a rate of 28 times higher than people on car wheels. BMW takes these figures seriously and says that they’re working on this technology for more than two years and finally it pays off.

The objective of this motorcycle is to improve the safety of motorcyclists and increase their chances of avoiding an accident, In times of emergency, the motorbike can potentially “inform, warn or intervene directly”. This feature could be a potential lifesaver as because this feature road accidents could be minimized. 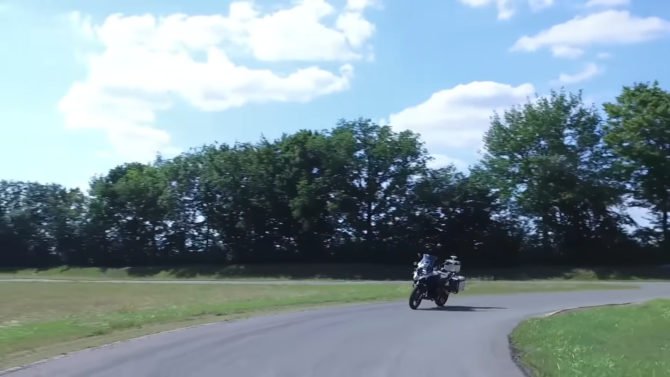 Despite the incredible feeling of seeing this artificial intelligence bike driving down the road, BMW said it has no intention, at least in the near future, to sell a “completely independent motorcycle”, and that the underlying technology will be used as a platform to develop future systems and functions in order to make motorcycling safer and more comfortable.

BMW is not the only manufacturer who made autonomous motorbike. Three years ago, Yamaha introduced its Motobot, an “autonomous humanoid riding motorcycles” that was developed in partnership with the research firm SRI International, based in Menlo Park, California. At CES, earlier this year, the Japanese motorcycle manufacturer unveiled its Motoroid proof of concept, which uses artificial intelligence (AI) and self-balancing technology.

At CES last year, Honda introduced its self-balancing (but not autonomous) bike: The Riding Assist uses robotic technology to balance itself, instead of relying on gyros, which are heavier and would probably alter the “feeling” of riding a bicycle.

Have a safe ride, maybe?