Kara Swisher from Recode interviewed Twitter CEO Jack Dorsey on Tuesday and got some surprising responses to her questions. Several of Dorsey’s statements from the online interview, which took place on Twitter with the hashtag #KaraJack, have sparked controversy.

The major takeaway from the interview was that the tech mogul did not believe that tech companies were doing enough to curb abuse and hate speech on their platforms. He even gave himself a “C” grade for the work he did for the well-being of Twitter users.

“We’ve made progress, but it has been scattered and not felt enough. Changing the experience hasn’t been meaningful enough. And we’ve put most of the burden on the victims of abuse (that’s a huge fail).”

Kara Swisher conducted the interview in the form of a Twitter thread, however, the #KaraJack hashtag was co-opted by other users seeking attention and the interview quickly became hard to follow. People chiming in with questions of their own railroaded the flow. It got to the point that veteran tech journalist Walt Mossberg pointed out:

“You’re doing great, @karaswisher, but this #karajack interview format is a living example of how Twitter is a chaotic hellpit.”

Kara had to start a new thread to keep things coherent.

I am going to start a NEW thread to make it easy for people to follow (@waltmossberg just texted me that it is a "chaotic hellpit"). Stay in that one. OK? #KaraJack

Other than the “C” grade in what Swisher called “tech responsibility,” Dorsey also admitted to feeling terrible about the harassment that takes place on the platform.

In December, an Amnesty International survey found Twitter to be a “toxic place for women.” Dorsey responded that the negative atmosphere made him want to figure out how to help users feel empowered after using Twitter instead of needing to take a break.

Feels terrible. I want people to walk away from Twitter feeling like they learned something and feeling empowered to some degree. It depresses me when that’s not the general vibe, and inspires me to figure it out. That’s my desire #karajack

The duo also touched on the topic of right-wing hate-mongering via Twitter. People have even asked Twitter to ban U.S. President Donald Trump for violating Twitter’s rules about hate speech. Dorsey replied that Twitter needs to consider the public interest and that they will not be blocking Trump because global leaders are protected by a “newsworthy/public interest clause.”

We hold all accounts to the same terms of service. The most controversial aspect of our TOS is the newsworthy/public interest clause, the “protection” you mention. That doesn’t extend to all public figures by default, but does speak to global leaders and seeing how they think.

Swisher also asked if Twitter was still hoping to start a premium service with subscription charges. He admitted that the bar had to be high for the subscription fees to come through.

Always going to experiment with new models. Periscope has super hearts, which allows us to learn about direct contribution. We’d need to figure out the value exchange on subscription. Has to be really high for us to charge directly #karajack

However, the most controversial of all his statements has to be the one he made regarding Tesla CEO Elon Musk. Dorsey declared Elon Musk to be his favorite Tweeter.

Musk himself has had several controversial episodes on Twitter. The fact that Elon Musk is currently facing a defamation case due to his posts only makes it worse. Musk shot back with: “Thanks Jack. Twitter rocks.”

To me personally? I like how @elonmusk uses Twitter. He’s focused on solving existential problems and sharing his thinking openly. I respect that a lot, and all the ups and downs that come with it #karajack

As expected, Twitter users shot back with commentary on nearly everything Dorsey said. The platform is now full of criticisms of the way Swisher conducted the interview and the way Dorsey tweeted. 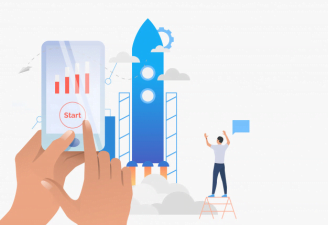