Are you someone who is a crazy Netflix addict and always wished to watch and rewatch images? Well, the good news for you is that Netflix has introduced something as exciting as watching a scene again on your screens reported by the Los Angeles Times.

Netflix is testing the feature that lets you rewatch a scene. It will be rolled out as an instant screen replay feature.

The feature allows all subscribers to pause a movie or a TV show, rewind the scene and review it by giving just a single click or tap on the screen. This can be done by using a remote or by making a simple tap on the screen. This feature will roll out to subscribers who have a service’s library of licensed and original content. The feature is still in its testing phase, and it is not confirmed that whether it will be a permanent part of the structure or not. According to Netflix’s spokesperson:

“We’re trying out a feature which gives Netflix members the ability to rewatch favorite scenes and memorable moments with the click of a button. Right now we’re just looking to learn from it and may or may not roll it out more broadly in the future.”

If you are thinking that what is new with the feature as already a lot of streaming devices give you the liberty of replaying and rewinding the videos. The best part is that Netflix allows you to rewind and review a complete scene. It doesn’t rewind based on seconds or minutes. But the feature has some selected scenes of a video running on this feature. As soon as the specific scene passes by, the streaming site sends out a pop up asking if you want to replay the previous screen. Just a single tap or click rewinds the entire scene for the subscriber on the screen.

Though Netflix declined to give out anything related to this feature, however, the feature is already rolling out in the US and some users have taken over the social media to talk about this feature which is reportedly in the test phase. The users have mixed opinion whereas majority claims that this feature has negative points on the viewing experience as it disrupts the video streaming.

Hey @netflix, that “watch this scene again” pop-up in the middle of a movie is garbage and you should be ashamed of yourselves.

Let’s see how the feature turns out for many once it is launched worldwide. Until then, stay tuned and let us know what you feel about this feature in the comments section below! 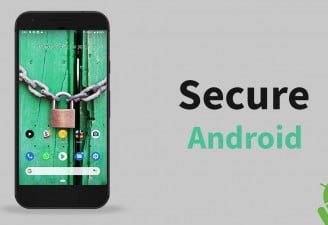