According to Bloomberg’s Mark Gurman report newsletter, Apple has planned to release its new redesigned iPad mini this fall.

Mark Gurman refers to this design revamp as “the biggest redesign in the nine-year history” of the iPad mini.

According to MacRumors, the new device will have slimmer bezels, a larger display, faster performance, and similar styling to Apple’s iPad Air from last year with the latest processor inside. In 2012, Apple introduced its smallest tablet, which has remained remarkably consistent since then.

According to Bloomberg, the new device will get rid of the home button and have narrower bezels in order to achieve a slimmer screen. Reports specify that the touchscreen ID might be integrated into a side-mounted power button if it’s designed like an iPad Air. The famous supply chain analyst Ming-Chi Kuo predicted last year that the next iPad mini will have a screen that is 8.5 to 9 inches in size, up from its 7.9-inch screen. The same Mini LED display that we recently saw in Apple’s largest iPad Pro could also appear in a future iPad mini, Kuo told CNBC. The reason why Apple has delayed the launch is probably due to the shortage of chips. A worldwide shortage of computing components, including chips, has challenged Apple as well as many other companies including Sony and Microsoft. Supply shortages may have played a role in Apple delaying the iPad Mini from the first to the second half of the year.

Apple’s iPad mini would be the 6th generation of the tablet. As of 2019, Apple has updated the iPad mini with a faster A12 Bionic processor and added support for Apple Pencil. According to Gurman, in addition to the new iPad mini, Apple is also preparing a larger screen iMac that will replace the current 24-inch model. Bloomberg reported in May that Apple is focusing more on shipping the 24-inch M1 iMac while it halted the work on larger-screened Apple Silicon iMac Further details are still unknown, but we are likely to see an M1X or M2X processor on the iMac. It is believed that the new device will replace an existing Intel-based 27-inch device. 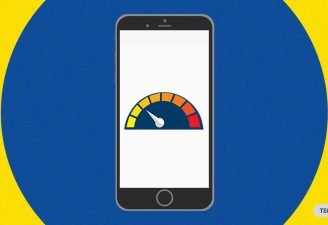