Apple is reportedly working on new Pro iPhones with a design similar to the iPad Pro. According to a report by Bloomberg, the 2020 iPhones will get flat edges similar to iPad Pro 2018, which was reminiscent of the iPhone 5, thus replacing the curved design. The report also says that this year Apple will be making two Pro models with LIDAR Scanner from the latest iPad Pro 2020 and two new low-end models replacing iPhone 11.

The new Pro iPhones will have three rear cameras and slightly larger screen sizes than last year’s iPhone. They are also expected to arrive with smaller Face ID notch and fewer bezels.

According to Bloomberg, the Pro Max model will come with a larger 6.7-inch display, which is a slight increase from last year’s 6.5-inch screen of iPhone 11 Pro Max. It also states that this year’s iPhone Pro and iPhone Pro Max will get new lower-end partners replacing the iPhone 11. Previously a budget iPhone SE 2020 was rumored to arrive with A13 chipset, but the leaks don’t mention it getting a similar boxy design. So, instead of three models, Apple will launch four new iPhones this year.

The report mentions that 5G will also be a big part of the next Apple launch event since the iPhones will get 5G tech. The launch will also include the release of two key new accessories.

The report also mentions a smaller and cheaper version of Apple HomePod speaker. Apple Tags will also be making an entrance in the upcoming launch, which will allow users to track keys, wallets, and other tag-able items.

Coronavirus pandemic has delayed tons of events and is still causing delays to many more. But Apple doesn’t expect the COVID-19 crisis to cause major delays. Bloomberg reports that Apple Engineers will fly to China to finalize the design ahead of mass production. 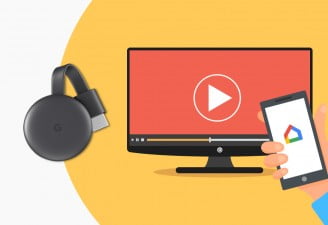